This past Wednesday, August 18, 2021, members of the Rotary Club of Fonthill were happy to make two separate cheque presentations to our local community.

The first donation was made to Wellspring Niagara.  For many years, the TD Bank branch located on South Pelham Street in Fonthill graciously housed the files and supplies for the Rotary Club of Fonthill.  With the closure of the branch, the Rotary Club of Fonthill sought a new location.  Ann Mantini-Celima from Wellspring Niagara offered storage space in her building.  In appreciation for TD providing storage over many years Rotary offered to make a donation of $500 to the charity of their choice.   The Rotary Club of Fonthill presented Wellspring, as TDs charity of choice, with a cheque for $500.  Ann mentioned that the money will be extremely helpful in supporting the youth programming which is starting up again. 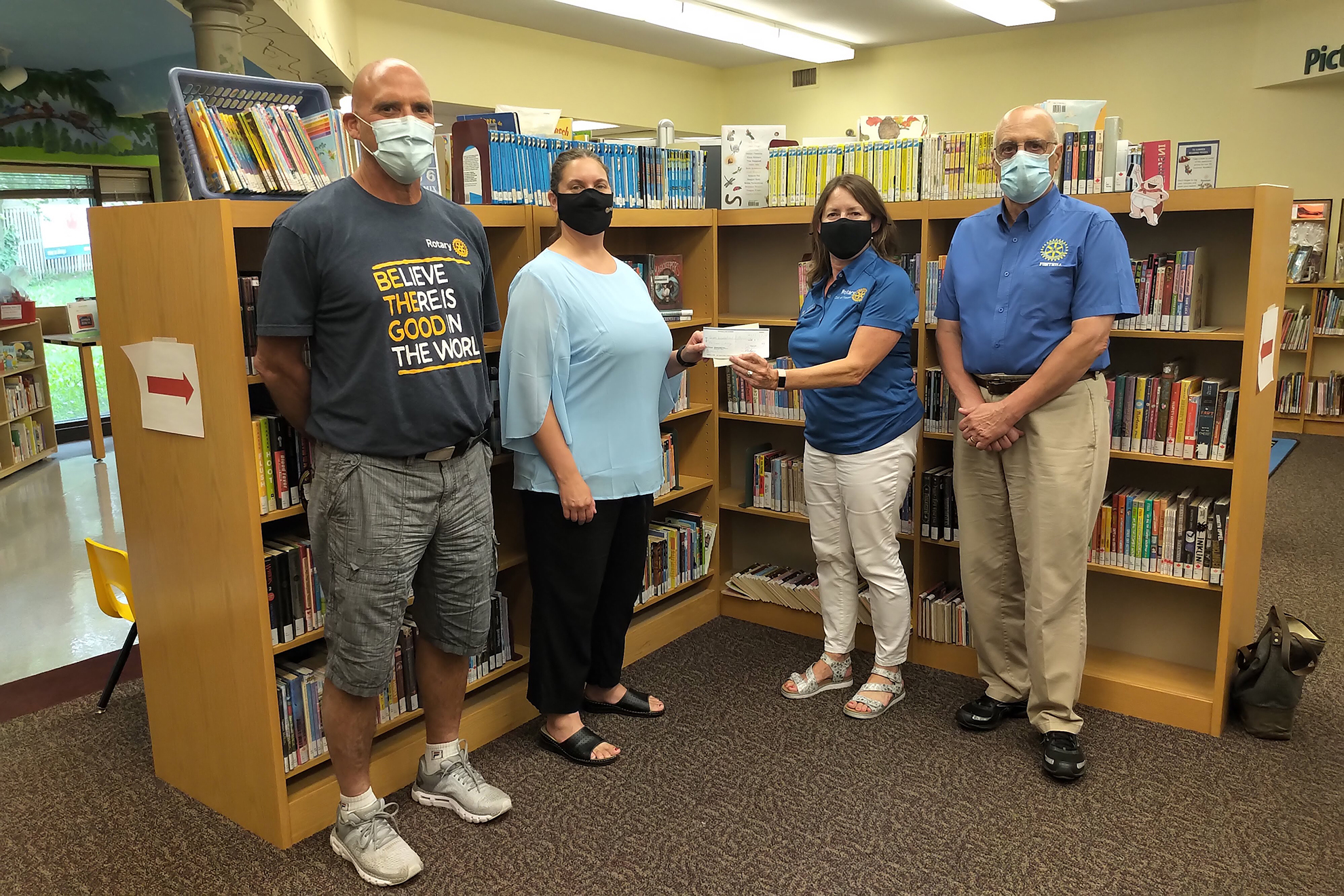 The second cheque was presented to Amy Guilmette of the Pelham Public Library.  Throughout the year, the Rotary Club of Fonthill has guest speakers present to members on a wide variety of topics.  In lieu of presenting each speaker with a gift, the Club makes a donation to the Pelham Public Library.  Today’s cheque for $750 was presented on behalf of President Mike Taylor’s second half of his year and the full year under President Hugh Graham.  The Club has been holding their weekly meetings via zoom but have continued to have a wide range of speakers present.  Donating to the Pelham Public Library supports the Rotary goals of supporting literacy initiatives.