The City of Welland’s auto-fleet is getting much greener. The city’s Building Division retired two gas-fueled vehicles in November and replaced them with two 2021 Hyundai Kona Electric vehicles. The electric generated vehicles can travel up to 415 km on a single charge and are entirely emissions-free. The hydro costs to operate the vehicles will be approximately $500 per year for each vehicle, which will result in significant savings compared to the current annual cost of $1,400 to fuel comparable gas-fueled vehicles.

Introducing electric vehicles to the city’s fleet is an initiative to reduce carbon emissions and curb climate change in Niagara. The City of Welland initiated a Corporate Climate Adaptation Initiative in 2019—in partnership with Brock University’s Niagara Adapts—to create a climate plan that will pave the way for integrating climate change initiatives into various city departments.

“Phasing in electric vehicles is definitely a move in the right direction,” said Mayor Frank Campion. “The vehicles require little to no service maintenance and will significantly lower the city’s dependence on fossil fuels.”

For more information on the City of Welland’s fleet management and purchasing policies, visit Public Works at www.welland.ca. 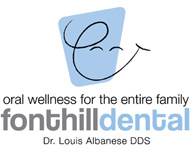