Researchers at the University of Waterloo’s Intact Centre on Climate Adaptation say homeowners can protect themselves against the increasing risk of basement flooding with the right information and often less than $250.  Given that the average cost of repairing damage from a basement flood reached $43,000 in 2018, this is a pretty good return on investment.

From 2016 to 2018, the Intact Centre developed a flood risk assessment tool and completed it with 500 homeowners in Southern Ontario and Saskatoon, Saskatchewan.  It determined that many people simply don’t know the steps to take to prevent basement flooding.  It then went on to identify the top risks and list the steps to take for prevention, many of which cost no or very little money.

It determined that basement flooding is on the rise due to a combination of extreme rainfall events, aging municipal infrastructure, lack of flood protection measures at the household level and more hard surfaces and less green space as urban areas develop.

Outside the home: window wells less than 10- 15 cm above the ground; downspouts that extended less than 2 metres from the house; grading around the home that did not direct water away from the foundation; cracks or gaps in basement walls, windows and frames.

The report went on to say that 60% of prevention actions were less than $500 in cost and could be mostly completed by homeowners such as testing your sump pump, cleaning eaves troughs, extending down spouts and even storing items in your basement off the floor or in water proof containers.  Other actions might be a little more expensive but still worth the investment such as installing a backup sump pump, installing a backflow valve or replacing basement windows.

I have personally had a backup sump pump installed in my basement.  A recent test of the system determined that the float switch for the backup was inoperative and the battery needed replacing.  Both have been done.  I have also installed a backflow valve and recently cleaned out the valve.  It was as simple as cleaning a toilet.

For more information, go to www.homefloodprotect.ca.  An ounce of protection can be your best insurance! 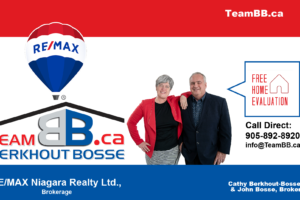 Continuing trends from the third quarter, the number of new[...] 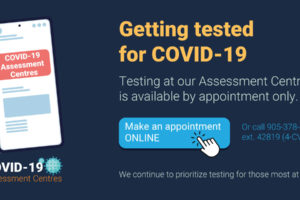 Cases of COVID-19 have continued to rise in Niagara, including[...] 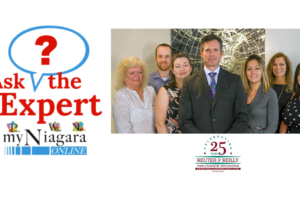 In your last article, you talked about Cyber Insurance and the need for it. How else do I protect my data?

Purchasing Cyber Insurance is one way to help manage your[...]