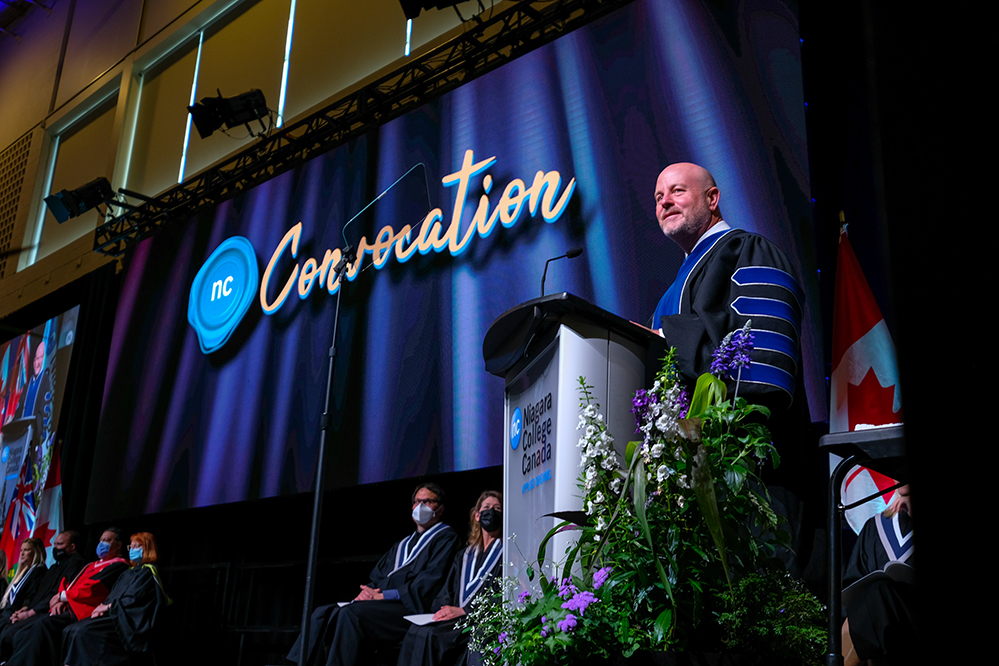 The journey to convocation day may not have been an easy one for Niagara College’s Class of 2022 but, as the College kicked off its first day of Spring Convocation on June 20, graduating students were encouraged to view the adversity they faced as an advantage.

“Let’s look at the greatest test that humanity has collectively faced in the last 10,000 to 12,000 years … You all lived through that period and educated yourselves, earned experience, took the necessary steps to securing your futures – and today you received diplomas,” said guest speaker Jon Montgomery, gold-medal Olympian and host of The Amazing Race Canada, as he addressed almost 500 new graduates from NC’s School of Business and Management on the first day of College’s Spring 2022 Convocation ceremonies.

“The generation who experienced a seismic shift in humanity during their most formative years in college – what a gift!”

Montgomery, who received an Honorary Diploma in Fitness and Health Studies from the College, noted that the graduates are well positioned for the future from the experiences they gained in college during the pandemic. He said that when change happens, growth takes place – a message that proved to be in line with the medium as he delivered his inspirational speech via video.

“The manner in which you received your education and learned to interact and communicate effectively with teams and individuals in the last two years was an absolute game changer,” he said. “You’ve all been given the gift of forced evolution through adaptive change. A new bar has been set and you know this is possible.

“What else is possible?”

June 20 marked the first ceremony held in-person at the Welland Campus since 2019, as well as live-streamed for grads and guests who choose to celebrate virtually. More than 440 graduates and 970 guests RSVP’d to attend the afternoon ceremony in person, while the livestream drew about 580 views live viewers from more than 20 countries.

But this year’s return of in-person ceremonies are far from 2019’s traditional pomp and circumstance. Videos and social media are taking centre stage to help bridge the distance between those celebrating on campus and those viewing the livestream from Niagara, across Canada or around the world.

“Open your minds and your hearts to new ideas, new cultures, new ways of being and knowing,” said Kennedy. “And when you are moved, impacted, and affected by what you learn, embrace that opportunity to grow and change. 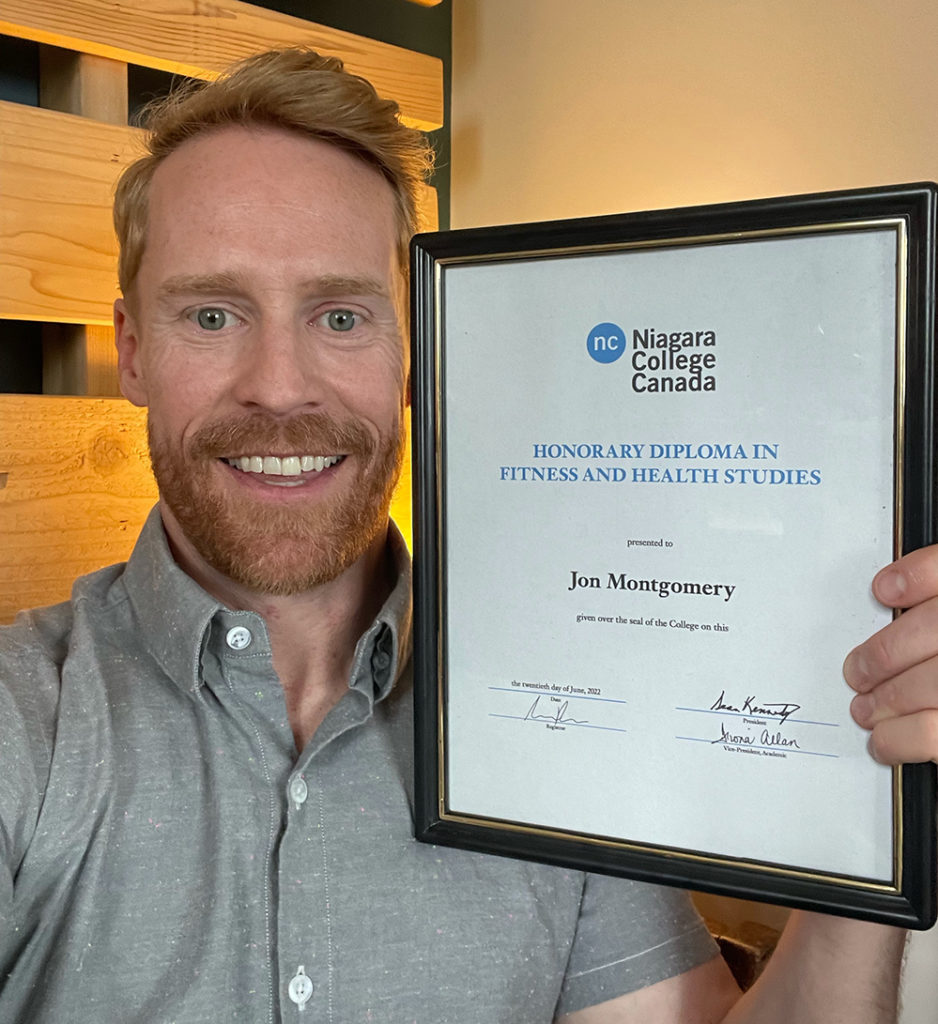 “This is lifelong learning at its core.”

For Kennedy, who became president in early 2020, it was the first time he presided over convocation ceremonies with gown-clad graduates crossing the stage and cheering supporters in the audience – in addition to those celebrating “in the moment” via livestream. For the past two years, he and Vice President, Academic, Fiona Allan have conducted all-virtual convocation ceremonies before a crew of staff and students from the College’s Broadcasting – Radio, Television and Film program, who broadcast the ceremonies live from the Welland Campus.

By the time the College concludes its convocation week on June 24 – each ceremony honouring graduating students from different areas of study – NC will gain 3,600 new graduates.  After kicking off convocation on June 20, ceremonies will be held at 10 a.m. and 3 p.m. daily from June 21 to June 23 and will conclude with a final morning ceremony on June 24.

On June 24, the Governor General’s Academic Medal will be presented to the College’s top student Jonhel Ampil, who travelled from Philippines to study in the College’s Recreation Therapy program. Ampil, who now lives and works in Niagara Falls, completed her studies with a 98.046% average.

For full details regarding NC Convocation, or to view the schedule and livestreamed ceremonies, visit  NiagaraCollege.ca/convocation.

Jon Montgomery honorary diploma Jon Montgomery, gold-medal Olympian and host of The Amazing Race Canada, received an Honorary Diploma in Fitness and Health Studies from NC.  Montgomery will deliver his convocation address virtually for all eight NC convocation ceremonies during the week of June 20.