Ontario Ancestors Niagara Peninsula Branch Monthly Webinar Series: What can we find in the 1921 Census 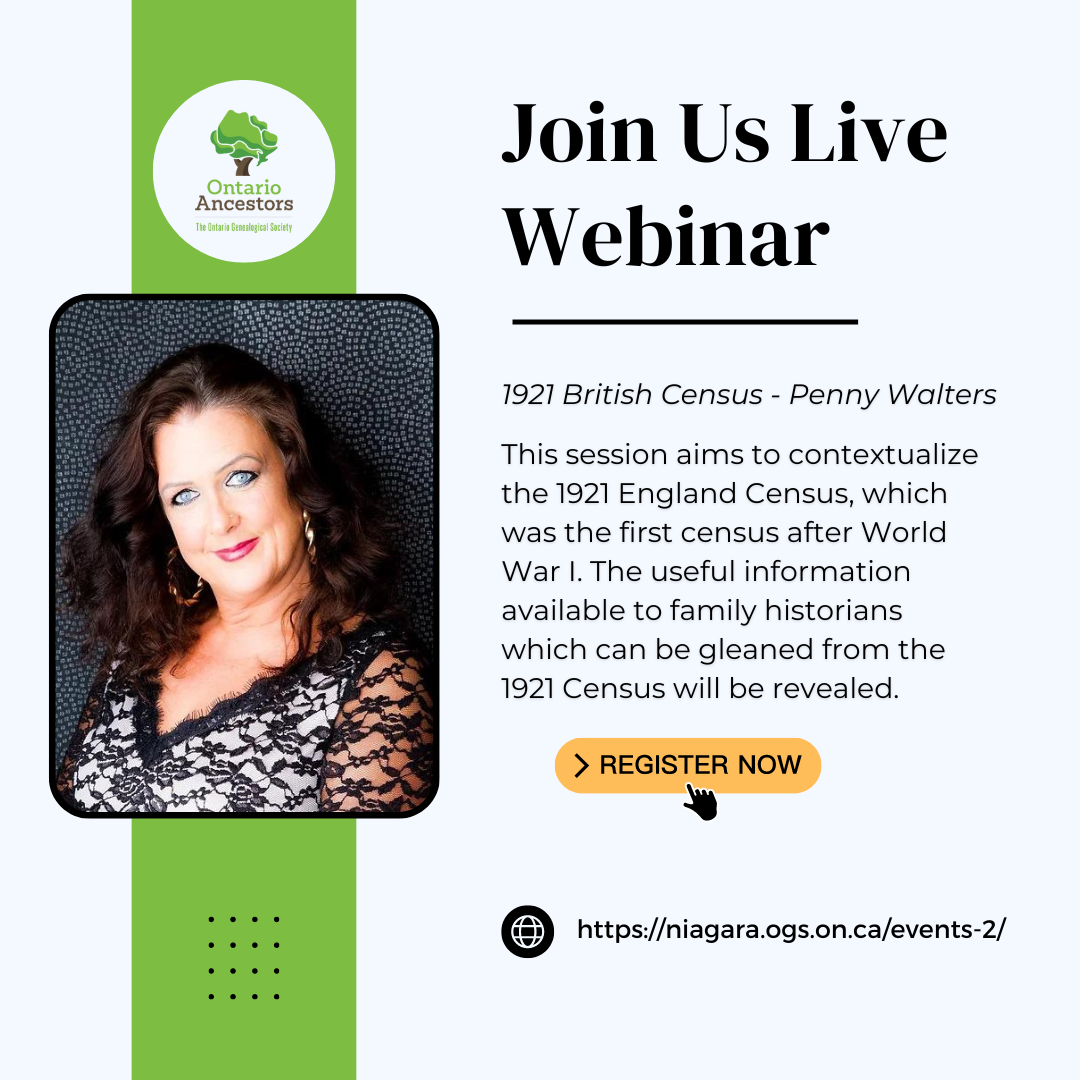 This session aims to contextualize the 1921 England Census, which was the first census after World War I. ‘The Roaring Twenties’ was a period of huge contrasts in British society – prosperity for the aristocracy and wealthy classes, but unemployment for the working class was at its highest. The British Empire reached its peak, and women began to feel more independent after undertaking paid employment during WWI. The 1931 Census was destroyed in a fire and there wasn’t a Census taken in 1941 because of World War II, so there won’t be another Census revealed until 2051. The useful information available to family historians which can be gleaned from the 1921 Census will be revealed.

Dr. Penny Walters has been a University lecturer for 30 years, teaching Masters Business studies at Bristol University. Penny’s interest in genealogy started after having her first child and then wondering about her biological parents, as she was adopted. Penny has 6 mixed race children, who have all enjoyed discovering their roots through DNA ethnicity results. Penny lectures internationally in person, writes articles and is sought after for a wide range of webinar topics. Penny has authored the books: “Ethical Dilemmas in Genealogy” (2019) and “The Psychology of Searching” (2020). Both books are available on Amazon in paperback or e-book formats. You can find more about Penny on her website (https://www.searchmypast.co.uk/).

You can register for this webinar at: https://niagara.ogs.on.ca/events/niagara-peninsula-branch-monthly-webinar-series-2023-02-17