The Doctor’s Dilemma, Just to Get Married and August Wilson’s Gem of the Ocean Start Previews

The Doctor’s Dilemma, Just to Get Married and August Wilson’s Gem of the Ocean Start Previews

Bernard Shaw’s brilliant dark comedy The Doctor’s Dilemma, the first of the final trio of main season shows, begins previews July 16 at the Festival Theatre. On July 27, Cicely Hamilton’s funny and prophetic Just to Get Married begins previews at the Royal George Theatre, while August Wilson’s haunting Gem of the Ocean begins previews on August 5 at the Jackie Maxwell Studio Theatre.

Last seen on-stage at the Festival in 2010, Severn Thompson returns to make her Festival directorial debut directing The Shaw’s production of Cicely Hamilton’s long overlooked comedy jewel, Just to Get Married. Kristi Frank is Georgiana Vicary – a clever but poor woman everyone assumes must be desperate to find a husband and settle down – but everyone might be wrong. Kristopher Bowman is the shy Adam Lankester, apparently the perfect catch for Georgiana. Also featured are the acting talents of David Adams as Dobbins, David Alan Anderson as Sir Theodore Grayle, Katherine Gauthier as Bertha Grayle, Claire Jullien as Lady Catherine Grayle, Andrew Lawrie as Tod Grayle, Monica Parks as Mrs. Macartney, Johnathan Sousa as a Footman and Sophia Walker as Frances Melliship.

August Wilson’s Gem of the Ocean begins previews August 5 and is available for review beginning August 19 at the Jackie Maxwell Studio Theatre. Sponsored by TD Bank Group, it is recommended for audience members 14+. The Jackie Maxwell Studio Theatre is sponsored by Paradigm Capital Inc. August Wilson’s Gem of the Ocean is presented by arrangement with Concord Theatricals on behalf of Samuel French, Inc. www.concordtheatricals.com.

The Shaw Festival’s 2022 season runs through to December 23, with a playbill featuring Damn Yankees, The Importance of Being Earnest, The Doctor’s Dilemma, Cyrano de Bergerac, Gaslight, Chitra, Just to Get Married, This is How We Got Here, Too True To Be Good, Everybody, August Wilson’s Gem of the Ocean, A Christmas Carol and Irving Berlin’s White Christmas. This season’s Outdoors @ The Shaw includes Coffee Concerts, Fairground, Shawground, A Short History of Niagara, A Year with Frog and Toad – in Concert, Gospel Choir, 1922 – in Concert, Speakeasy and What’s in your Songbook. Tickets are available through the Box Office at 1-800-511-SHAW and online at shawfest.com. 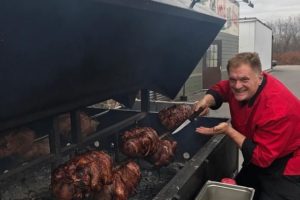 MT’s Turkey Bowl is Back!

Hold on to your tail feathers! We’ve got some big[...] 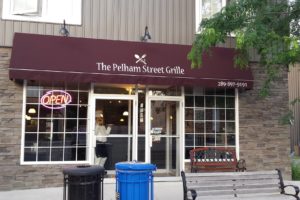 We are excited to be starting our curbside pickup from[...] 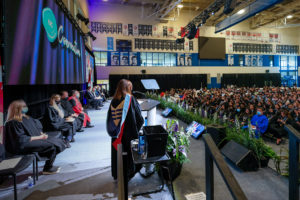