Graduating students from three Catholic high schools are recipients of 2020 St. Kevin Social Justice scholarships (Soup’s On!) while a religious community with a presence in Welland since 1958 was named recipient of a special funding allocation.

Each of the students received a $1,000 scholarship. 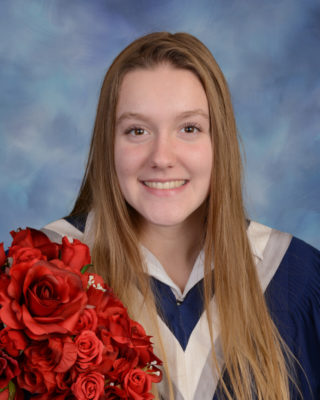 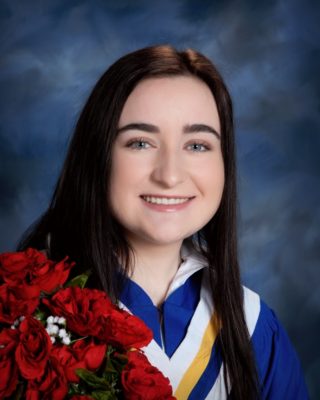 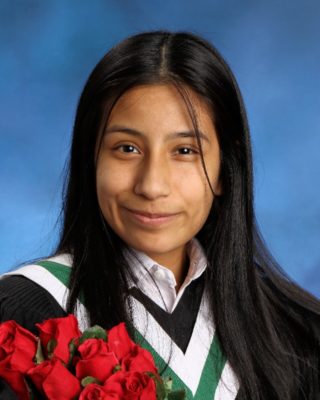 Ella DiFlavio, who wants to be a French and mathematics teacher, has been accepted by Niagara University in Lewiston, N. Y. for this fall.

Ella is described as an all around student involved in all aspects of life at Blessed Trinity.

She served on Student Council and the Sky Pilots (a chaplaincy group). Ella was on the school’s basketball and swim teams, as well as on a committee organizing the school’s annual pilgrimage for international aid projects.

She accumulated close to 300 community service hours and planned to go on a mission trip in the spring. It was cancelled.

Ella is involved with her parish, St. Joseph’s Church in Grimsby. She participates in the parish youth group and sings at Sunday masses.

Her nominator said Ella chose Niagara University because it is a Catholic faith-based university.

During her years at Lakeshore Catholic, Susan balanced achievement in academics, with sports (cross-country, swimming, badminton) and with service at Lakeshore and in the community.

Her particular academic interests include art, sciences and maths.

Lakeshore teacher Kate Einhorn describes Susan’s competence as a student to be commendable. While active in extra-curriculars, Susan balanced her time with academics.

“Her keen awareness of social justice issues is advanced for her age level.  I personally oversaw her work in several liturgical and faith-based events, including mentoring at Jericho House Retreat Centre,” said Einhorn.

“Susan is an intelligent, creative and friendly young woman who possesses unique interests and is an adamant supporter of local activities.”

In Fort Erie, Susan has volunteered with Fort Erie Fantastic Gymnastics, Canadian Tire Jumpstart, the Multicultural Club of Fort Erie, the Royal Canadian Legion of Fort Erie and various retirement homes through her membership with the Legion of Mary.

Mikayla Guarasci is enrolled in a Bachelor of Arts – Sports Media program at Ryerson University, Toronto.

The consistent Notre Dame honour roll student has received various awards for hockey. She was the Notre Dame team captain for two years as well as winner of the Irish Sportsmanship award.

Mikayla is in the Brock Jr. Badgers hockey program. She served on the St. Catharines Female Hockey Association board as a junior director and acted as a timekeeper for games.

Mikalya has shown qualities of leadership at Notre Dame as a social climate animator, a student council member, on the Irish Guard, and with the pilgrimage and multicultural planning committees.

She also tutored for the Notre Dame Homework Club.

In the community, Mikalya has served on Welland city council’s advisory committee on poverty, participated in Run for the Cure and helped with the Julia Turner Hope Cup.

In her spare time, Mikalya worked at Boston Pizza.

The three students were recommended by their respective schools. 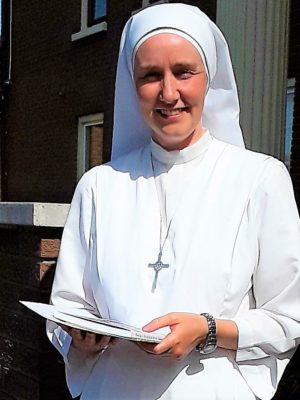 This year the social justice scholarship committee decided to forgo its traditional application and personal interview process because of the complications caused by the COVID-19 pandemic. High schools were closed and the students studied from home.

The religious community chosen for a special funding allocation is the Sisters of the Sacred Heart of Ragusa, Sicily.

The sisters became well known and much admired over the years for their work with the poor, for providing instruction in the faith, for visiting the elderly and sick in hospital and long-term care facilities, and for their faith-based day care program.

A few years ago, the sisters opened a new house in Summerside, Prince Edward Island for similar outreaches.

The social justice committee allocated a donation of $1,000 to the sisters to assist them in their work.

The funds are raised through the annual Soup’s On! luncheon held at St. Kevin parish hall on the last Friday in January.

This was the 18th year for the one-day fundraiser. It features a sampling of soups prepared by culinary students from local high schools and Niagara College as well as a local lunch service.

While the bulk of the money raised goes to scholarships for high school graduates, the committee occasionally makes a special grant to social justice projects and services.