Support for women in the beer industry is brewing at Niagara College.

A group of staff members, students, as well as local brewers from the industry will gather at the College’s Teaching Brewery for International Women’s Day on Sunday, March 8. Their mission: to brew a collaboration beer that will not only demonstrate support for women in brewing but will raise funds to help broaden educational opportunities for students in the Brewmaster and Brewery Operations Management program.

The International Women’s Day Collaboration Brew Day initiative is part of an initiative from the Pink Boots Society to raise the profile of women’s roles in the beer industry, as a fundraiser for educational scholarships. Last year, 380 breweries from 14 countries participated.

Leading the initiative at NC is part-time faculty member Lauren Zimbalatti – who is a graduate of the Brewmaster and Brewery Operations Management program (2016) – along with second-semester Brewmaster students Mackenzie Vivani and Nicola Davey.

“It can be challenging to be a female working in this industry – even today,” said Zimbalatti. “I wanted to do something to raise awareness, help break down barriers and help level the playing field for women in the industry and to encourage our students to get involved.”

The students hopped on board to help raise awareness and inclusivity for women in brewing.

Davey noted that it could be intimidating for women to enter the industry. That’s how the Oakville resident felt when, after years of applying her education in chemical engineering as a director in the manufacturing industry, she decided to pursue her growing interest in brewing.

“Even though historically, women were always brewing, it is a bit intimidating to come back as a mature student, being older and as a female. I was thinking, ‘Oh great, I’ll be the only one there without a beard,’” she said. “Even though I really wanted to study beer, I thought maybe it would be easier to go into wine since it seemed a bit more female-friendly.”

Now as a Brewmaster student, she is interested in doing what she can to encourage other women to get involved in the beer industry and to support other female students in their journey.

“Anything to inspire growth for women to get involved is important,” said Davey.

Vivani, whose parents owned a brewery until a few years ago, decided to pursue her long-time interest in brewing after completing her university degree. She will never forget the first time she visited the NC Teaching Brewery and another female student responded to the news that she had applied to the Brewmaster program with tremendous enthusiasm.

“It was so nice to see how excited she was to have another female in the program, as another possible female brewer but, at the same time, it goes to show how rare it is – that a female student would warrant that much excitement,” said Vivani.

Vivani noted that as a Brewmaster student, females are in the minority, and when they attend conferences and industry events, they are predominantly male.

Zimbalatti and the students have created a recipe for a ‘champagne of beers’ to be crafted on March 8: a Brut India Pale Ale to be named ‘Rosé Wellies’ in honour of the Pink Boots Society which inspired the initiative. It will be made with a special Pink Boots Blend of hops donated to the Pink Boots Society by Yakima Chief Hops (a portion of the hop sales is donated to the Society to benefit scholarships and education), and with Vermont Ale yeast donated by Escarpment Laboratories.

NC Brewmaster professor Jon Downing applauded the effort and is ready to don his own pink boots to participate.

“I am always impressed by our students and especially when they take the lead in organizing participation in an international industry event such as the Pink Boots Collaboration Brew Day,’ said Downing. “Events like this help increase awareness both in the industry and in the general public that there are opportunities for women in the craft brewing, and that there should be more.”

NC’s Canadian Food and Wine Institute dean Craig Youdale noted that the College’s Brewmaster program has always supported initiatives like Pink Boots to engage and recognize female brewers and looks forward to being involved with many similar projects in the future.

“The brewing industry continues to see growth with female students entering the program but we would like to see those numbers continue to increase,” said Youdale. “We not only want to see more diversity in the brewery but look forward to more female brewers leading the charge in future industry growth.”

For Zimbalatti and the students, the collaborative brew is only the beginning. Funds raised through the sales of the beer will help establish a new scholarship for Brewmaster students. The group also plans to continue their efforts with additional events to help support the newly launched Rosé Wellies Experiential Scholarship. To donate to the scholarship, please visit donate.niagaracollege.ca/ways-to-give/.

Rosé Wellies is expected to be available for purchase by the beginning of April. It will be available in cans at the Teaching Brewery retail store, and on tap at Benchmark restaurant, located at the College’s Daniel J. Patterson Campus in Niagara-on-the-Lake while supplies last. Zimbalatti and the students also hope to sell the beer to local restaurants as part of the educational fundraiser.

NC’s Brewmaster and Brewery Operations Management program was launched in 2010 as the first of its kind in Canada. The award-winning, two-year program offers extensive hands-on training at an on-site, state-of-the-art Teaching Brewery to prepare students for employment in the expanding brewery, microbrewery and brewpub industries. Located at NC’s Daniel J. Patterson Campus in Niagara-on-the-Lake, students learn from award-winning faculty and have access to on-site hop yard and local farm products to brew a full range of beer styles. Visit ncteachingbrewery.ca 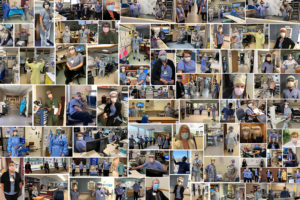 Niagara Health would like to recognize its nursing teams during[...] 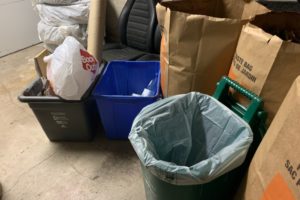 Changes in Niagara garbage collection schedule: a great step towards a zero-waste future

Waste management continues to be a major challenge across the[...] 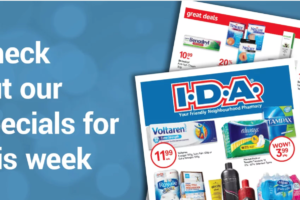 Boggio Family of Pharmacies: Shop Local and SAVE!

We have great savings for you right here in our[...]