Pinning their hopes on ending violence against women and children, Niagara College hosted its first Moose Hide Campaign event on May 12, in partnership with Brock University.

Held on Moose Hide Campaign Day, the day of ceremony calls for all Canadians — Indigenous and non-Indigenous – to take a stand against violence towards women and children, and take practical steps for a collective journey of reconciliation.

Staff, students and community residents were welcome to drop by throughout the day at the Daniel J. Patterson Campus in Niagara-on-the-Lake and gather at the Indigenous Gardens where a sacred fire was lit. Participants were invited to take a pledge to honour, respect and protect the women and children in their lives, to work to end gender-based violence, and take action towards reconciliation with Indigenous peoples. Those who pledged received a moose hide pin as a symbol of their commitment. 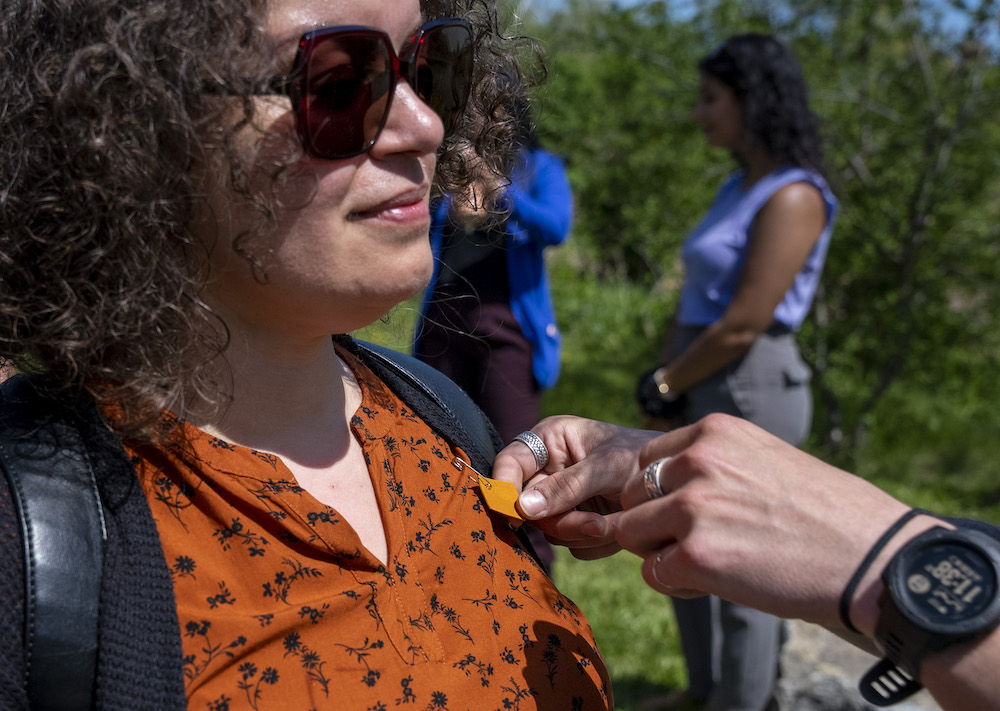 “Similar to our Red Dress initiatives, we want to bring more awareness about violence perpetrated against Indigenous women and girls, and the Moose Hide Campaign event is an opportunity for all people to participate and take a stand against this violence,” said NC Student Services director Lianne Gagnon. “By partnering with Brock University, as the two higher education institutions in Niagara, we are poised to educate our communities about this, and encourage our students and colleagues to participate.”

“We gather together in support of the Moose Hide Campaign in order to support Indigenous women and children and advocate against domestic violence,” said Charal. “Our fire represents a way for Indigenous people and allies to gather in a way that aligns with the seven grandfather teachings in support of this event.”

NC Student Rights and Responsibilities manager Hafsah Shaikh said that the SRRO joined Moose Hide Campaign event to support reconciliation and to help end violence against all women and children.

“Sexual and gender-based violence can affect anyone; however, we know that the rate of sexual assault against Indigenous women and girls is approximately three times higher than among non-Indigenous women,” said Shaikh. “It takes a community to speak out about violence to eliminate it, and to stand with those who have experienced these crimes.”

The Moose Hide Campaign event follows the College’s observance of Red Dress Day on May 5, when flags were lowered and initiatives took place at both the Welland and Daniel J. Patterson campuses as a tribute to lives lost and forever impacted by colonial violence.

Niagara College has been dedicated to raising awareness for Missing and Murdered Indigenous Women, Girls, and Two-Spirited people in Canada through its involvement in the REDress project since 2021, in partnership with Brock University. Most recently, in February, they hosted dress displays and a virtual event for the REDress Project. 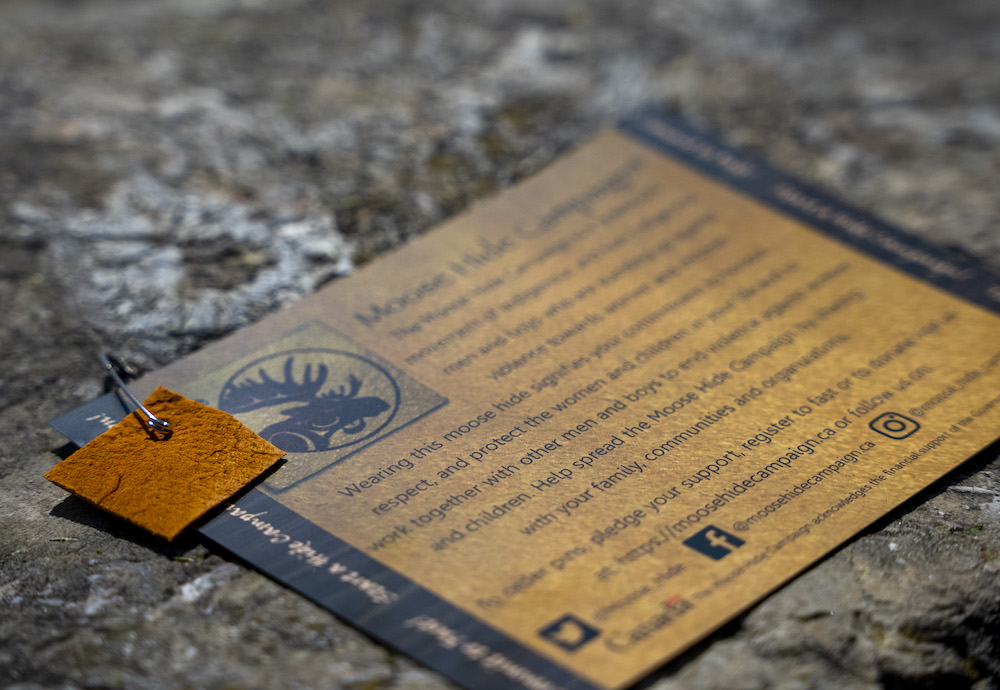 The Moose Hide Campaign was founded on the side of the Highway of Tears in British Columbia, in response to the injustices and violence faced by women and children in Canada, particularly those who are Indigenous. Since it began 11 years ago as a grassroots group of men and boys, it has grown into a national ceremony for all Canadians to end violence against all women and children, and more than three million moose hide pins have been distributed across the country. Learn more at moosehidecampaign.ca.

Moose Hide Campaign pin: A moose hide pin is attached to information about the campaign, which notes that the moose hide signifies the wearer’s commitment to honour, respect and protect women and children, and to work to end violence against them.