For more than 30 years, Dorothy Harvey has committed her personal and professional time to ensuring children and youth with physical, developmental and communicative delays can achieve their best.

She recently retired from her role as Director of Clinical Services for Niagara Children’s Centre after overseeing more than 20,000 children and youth under her leadership.

On June 21, Harvey was recognized for her lifelong advocacy when she was presented with the Centre’s annual Dr. William J. Orr Tribute Award.

“Dorothy has left an incredible legacy,” said Oksana Fisher, CEO, Niagara Children’s Centre. “Dorothy was recognized as a leader within the children’s rehabilitation sector and was actively involved in provincial and national initiatives.”

The prestigious award recognizes outstanding dedication to supporting the mission and vision of Niagara Children’s Centre and positively impacting the quality of life of children and youth with disabilities, in the Niagara Region.

“I know that you admired and respected Dr. Orr,” said Fisher to the small group in attendance. “Today, you are also being recognized as someone who made a difference.”

In 2014, to commemorate the Centre’s 50th anniversary, the organizations Board of Directors approved the introduction of the Dr. William J. Orr Tribute Award to honour the legacy of their founding Medical Director.

“Dr. Orr has a special place in the Centre’s history,” said Fisher. “He unselfishly gave of himself, volunteering at clinics before the Centre was established, while relentlessly pursuing his dream of a children’s treatment centre for Niagara.”

The local physician’s dream was fulfilled in 1964 when the Centre broke ground on a new facility on Glenridge Avenue, directly across from what would become Brock University.

Harvey’s path to a future Director of the Centre began with the birth of her daughter Kate in 1986. Born with significant physical and developmental challenges, Harvey started to learn more about the support and services available to her family and became more involved in parent and community advocacy groups.

This would lead to Harvey’s initial introduction to Niagara Children’s Centre after her daughter started to receive treatment. The sudden passing of her daughter at the age of three-and-a-half would help Harvey understand her true calling in life and change the course of her career.

A registered Physiotherapist, Harvey joined Niagara Children’s Centre in 1990 with the opportunity to play a vital role in shaping the future services of the organization. In her first ten years, she helped implement a pilot program for an interdisciplinary team based service delivery model for infants, making it easier for families who needed supports from a variety of disciplines at the Centre.

“Families have valuable insight into how we can shape our services and, by listening, we could start to put new strategies in place,” said Harvey.

Family-centred care was a relatively new concept at the time, but research was indicating that treatment was more effective when families were actively engaged in the rehabilitation process.

“Family-centred care became our philosophy and the building blocks of the organizations,” she said.

Her crowning achievement was the development and implementation of the Centre’s family engagement framework, a system that includes families as peer supports and mentors, as well as advisors in the care that the Centre provides clients.

“Our work around family engagement is what I will take the most pride in,” she said. “The Centre has enabled me to take the aspirations that I had when I started and move them into the organizational structure.”

She was also instrumental in implementing the Children’s Rehabilitation Information System, as part of a network of 17 other children’s treatment centres in Ontario.

One of the most challenging moments of her career came as result of the COVID-19 pandemic. Like many organizations, Niagara Children’s Centre had to quickly pivot to continue offering vital support to families in a virtual setting.

“Understanding how we were going to deliver our services was challenging,” said Harvey. “But, it helped us better understand family life and what families are going through.”

Harvey’s role as a leader within the community will continue in her retirement, with plans to become more involved with advocacy groups and family education. She has already teamed up with her son Matt as Ambassadors for the Centre’s annual Help Kids Shine fundraising campaign in May.

“We’re fortunate to have dedicated fundraising efforts at the Centre and strong support from the community,” she said.

Harvey often sees families that she has helped over her career in the community and loves to hear about former clients navigating and living life independently.

“Seeing parents in the community and remembering the positive connections that we’ve developed over the years is very rewarding,” Harvey said.

She hopes that the Centre can continue to build on its strong connections to the Niagara community by playing a strong role as a community partner, engaging families in their child’s rehabilitation process and offering innovative support.

Niagara Children’s Centre provided rehabilitation and support services to over 5,800 children and youth last year across the Niagara Region with physical, developmental and communicative delays.  The range of services include: physiotherapy, occupational therapy, speech and language services, augmentative and alternative communication, family services and therapeutic recreation. 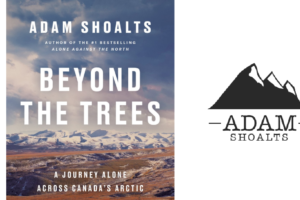 Who wants to go hiking with me? Back by popular[...] 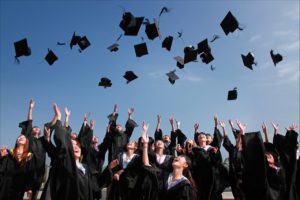 Strategies to save for your children’s education

One important financial goal you might have is saving for[...] 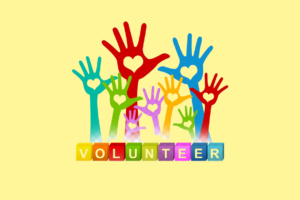 Call for Volunteers! Give Back with the Niagara Community Foundation #YouMakeYourCommunity

Looking to give back to your community?   The Niagara[...]