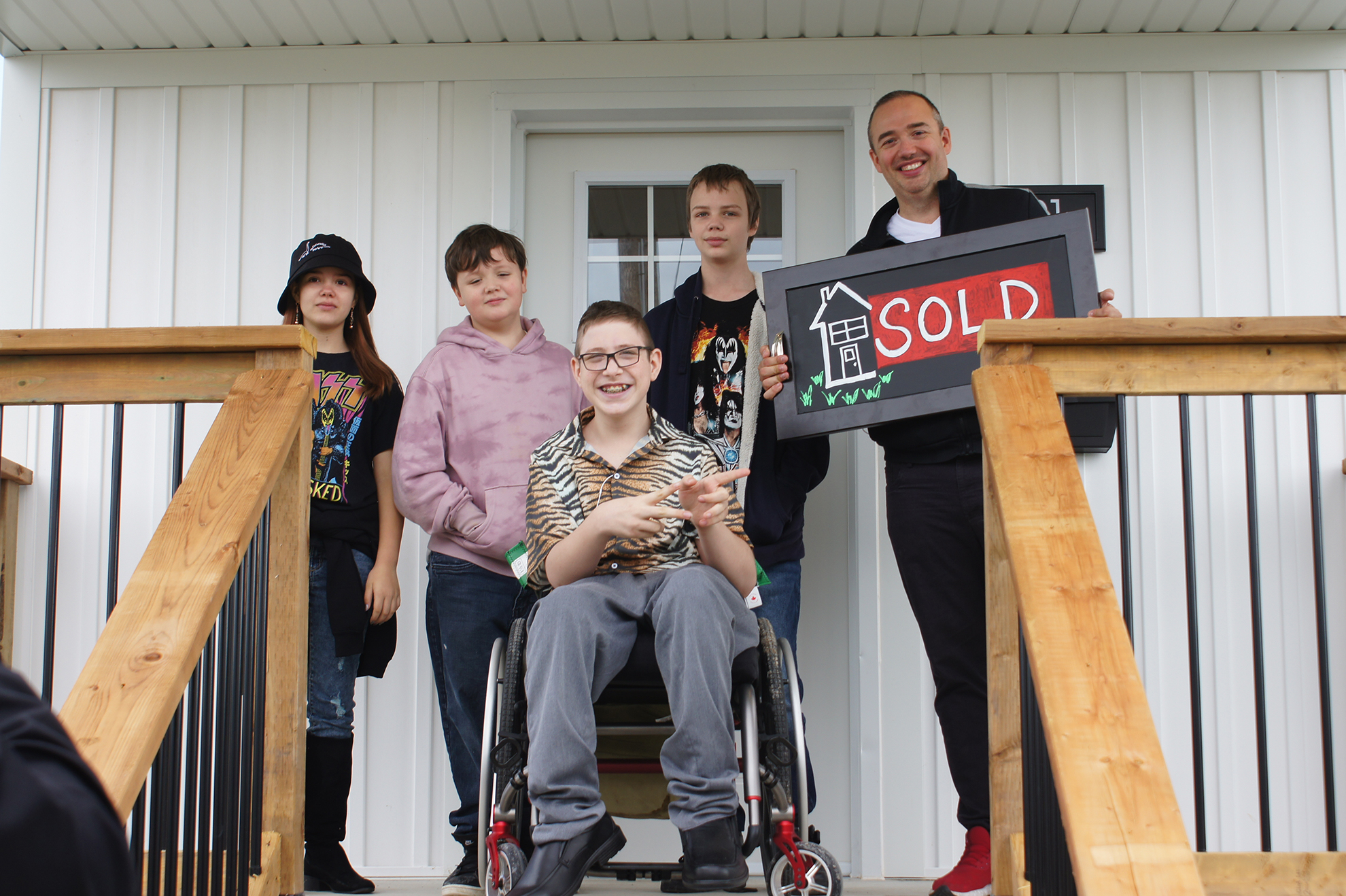 Steve, a single father with four children, received the keys to an accessible Habitat for Humanity home today in Welland,thanks to the persistence of his former co-worker.

Steve dreamed of owning an accessible home for his three sons and daughter, where is oldest son Christian, who uses a wheelchair, would have the ability to independently move throughout their home – but it seemed too far out of reach.

“Buying a house was not feasible for me, there are limitations to what I can afford,” said Steve. “The challenge is cost, size and accessibility.”

The small place they were renting wasn’t accessible, leaving Christian, who is a teenager, to crawl throughout the house and rely on his father to carry him up and down the stairs.

“We made the best of our living situation, but our quality of life had decreased and there was always the safety aspect,” said Steve. “It was really hard on my heart because I knew it could be better and I want my son to be able to have the dignity to go in and out of our house on his own.”

Steve’s former co-worker, Natasha, has owned her Habitat home for 11 years and understands first-hand the importance of having a safe, decent, and affordable home. She shared her experience with Habitat, promoted the benefits of its Homeownership program and encouraged Steve to apply – in which he finally did. 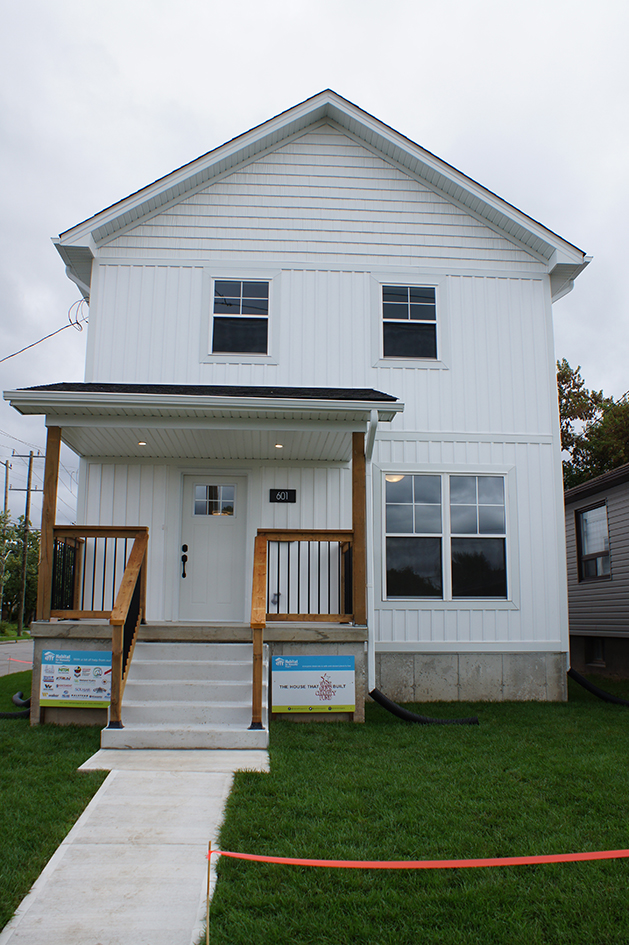 Last September Steve was informed he was accepted into Habitat Niagara’s Homeownership program and the charity would build an accessible home for his family.

“I was so excited when we got accepted into Habitat’s Homeownership program,” said Steve.

Habitat’s affordable Homeownership program provides working families with an opportunity to purchase a safe and decent home with no-downpayment and a 20 -year interest free mortgage.

Habitat’s path to homeownership is an important in-depth process, requiring hard work, time and dedication by the future homeowner family – which helps to ensure the long-term success of Habitat homeowners. When the qualified family is accepted into Habitat’s Homeownership program there is a commitment to complete 500 volunteer hours and attend workshops on the responsibilities of homeownership including, financial literacy, budgeting, home maintenance and more.

Their new Habitat home has a fully accessible main floor with barrier-free entrances, a wide hallway and wide doorways, lower light switches, an accessible bathroom including grab bars, a vanity with wheelchair access and a large roll-in shower. The back deck will have a hydraulic wheelchair lift and there’s even an accessible picnic table in their backyard for enjoying family meals outdoors.

“I’m actually looking forward to preparing meals in the kitchen and having everybody sit down at the dining table together,” said Steve. “That’s something we didn’t have space for in our previous place. We’re all looking forward to those home cooked meals; and having a nice place to cook makes it more appealing.”

“The impact of Steve owning this home is going to last for years, it will affect generations of their family,” explains Mark Carl, Habitat Niagara’s CEO. “It will not only help Christian be more independent, but it will also allow the entire family to have the much-needed space to live safely and comfortably.”