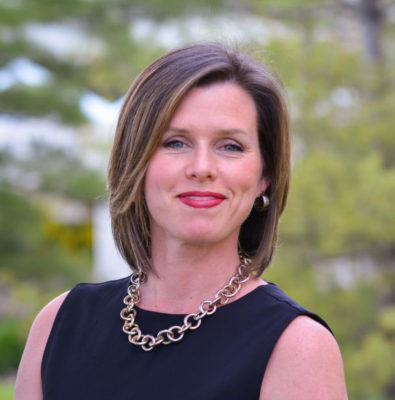 Fenwick resident Diana Huson announced Monday, August 29 that she is running for re-election as the Regional Council member for the Town of Pelham in October’s municipal elections and her campaign is now in full swing.

First elected in 2018, Huson is the first woman to hold the position. Of the 31 current Regional Council members, only seven are women.

“I’m running for Pelham’s regional seat because, quite frankly, I love the job,” said Huson, 45. “I’ve had a number of successes over my first term and I feel like I’ve made a very positive impact.”

Huson was instrumental in helping to extend existing EarlyOn services in Pelham prior to a restructuring of the program’s delivery. She also created the Region’s first Women’s Advisory Committee, at the time only the 5th in Canada, and been outspoken on the need to expand and make childcare more affordable for families. Additionally, she helped facilitate the popular “Seat at the Table” program to encourage more women and racialized voices to consider running for office or joining a municipal committee.

“There’s still a lack of diversification in our political institutions. The more representative we are, the better we can serve our communities because they’re more informed and can better reflect our population.”

Huson has served as Chair of the Planning and Economic Development Committee since 2018 and was successfully elected to the Federation of Canadian Municipalities (FCM) in 2020, becoming Niagara’s first ever voting member to serve on the national body representing municipal interests at the federal level.

“I’m quite proud of my work with FCM. I’m able to collaborate with Councillors from across Canada on a variety of municipal issues and help determine advocacy priorities with the Federal Government. I was also recently appointed as the Vice-Chair for the Environmental Issues and Sustainable Development Committee. If successfully elected this October, I’ll be able to continue that important work. I’ve been a strong advocate for local environmental policy and preserving our natural heritage, so serving as Vice-Chair in this capacity is certainly an exciting opportunity.”

Huson holds an MBA from the Goodman School of Business and a Master’s Degree in Political Science from Brock University, where the focus of her academic research was economic development in Niagara and institutional change.

“There’s been a lot accomplished over the past term because we’ve had a Council focused on collaboration and teamwork,” said Huson. “We finally attained a regional transit system, developed a new official plan, invested in redevelopment of our long-term care homes and infrastructure, all of which occurred in the middle of a global pandemic. It was a difficult first term, but I expect we can now focus on important issues such as affordable housing, climate change and the environment, but also supporting health servicing at a time of crisis. We need to ensure we have proper support for our emergency support services, but also address our mental health challenges. There’s a lot of work in front of us.”

In collaboration with highly respected Brock Political Science Professor Dr. Charles Conteh, Huson’s research was published in 2017 in the Canadian Journal of Political Science. She also studied under Professor David Siegel, an expert in local governance, public policy and administration, who served as her thesis supervisor.

Huson is also a champion of entrepreneurship and small business.

“In the past I’ve had my own business as a consultant and my husband operated a business in Fenwick for over two decades,” she said. “Pelham has a fairly large base of entrepreneurs and small to medium sized businesses that are recovering from a very difficult two years. I was successful in creating a regional shop local campaign that emphasized and encouraged support of our local businesses. I plan to continue that work to ensure we have an environment that supports job creation and growth of our local economy.”

If elected, Huson promises to be responsive to residents, champion community interests and fight for responsible taxation.

“Our regional representative must speak for the people. I believe in connecting with residents, responding to concerns in a timely manner and actively communicating what’s happening with our local government. I believe strongly that it’s important to represent constituents with professionalism and integrity,” she said. “I’ll be engaging with my residents over the next few weeks to make sure I’m able to represent their concerns to the best of my ability.”

For more information or to request an interview with Diana Huson, please contact her directly at diana.huson@outlook.com

Paid for by the Campaign to Elect Diana Huson