Another Record for Thorold Elite

Another Record for Thorold Elite 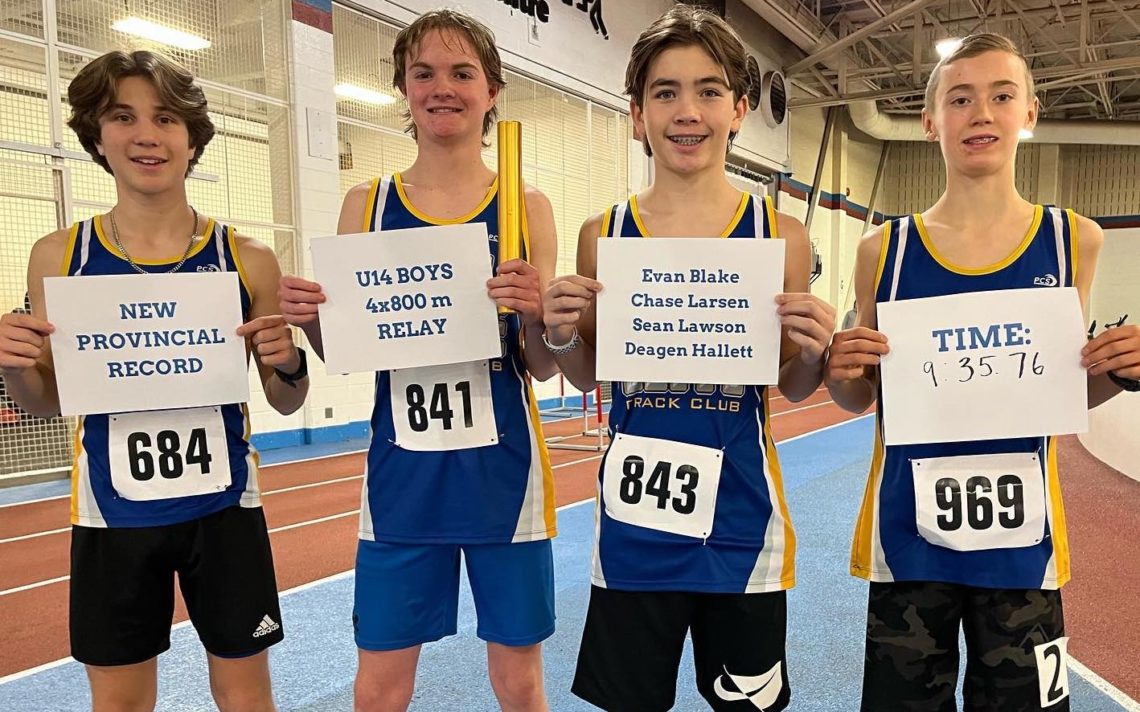 The foursome’s time of 9:35.75 smashed the previous record by 12 seconds. The previous mark had been set in 2005 by the Durham Dragons Track Club.

“We had just run 800-metre time trials the week before so I was pretty certain based on the times that they would break the record and each person executed what they needed to,” Thorold Elite coach Steven Fife said. “This is a talented group of runners and we definitely have some big goals for this year, individually and as a group.”

Those goals are lofty.

“We are hoping to get new DSBN (District School Board of Niagara) records for Grade 7 boys in the 800,” he said. “Three of the boys have already run times that would have broken the record so it’s just a matter of doing it at the right meet in June and who will beat who, and maybe the 1500 record as well.