Living along two of the Great Lakes (connected by the Niagara River), the Niagara Region is significantly influenced by the lakes’ water levels. The lakes influence our climate which is favourable for agriculture and tourism. However, they also create some challenges, especially when water levels change rapidly due to high rainfall, strong winds, or other extreme weather events. Extreme events may bring daily and even hourly changes in water levels due to strong wave action. The direction of the winds will greatly influence the intensity of these waves and the rapid change in water level.

Water levels in lakes are therefore complex and many factors can contribute to their variation. The water levels in Great Lakes are influenced by when, and how much, precipitation they receive, as well as how much the surrounding lands (its basin) receive. These are the famous seasonal changes. In general, water levels in the Great Lakes typically peak in the spring and early summer months. The main reason is due to the melting of snow and ice, which brings more water into the lakes. The lowest levels are usually in the fall and winter, as little water is added (unless we have a thaw cycle). This pattern is normal for all lakes, but we can observe it more in the Great Lakes due to their size.

Other phenomena also affect water levels, such as the Polar Vortex bringing cold air from the Arctic to the Great Lakes region. Under these conditions, it is cold enough that water freezes, and no evaporation can happen. Other phenomena, such as El Niño and La Niña years, can bring more or less rainfall which also leads to greater fluctuations in water level.

Climate change also contributes to water level changes. While many of us notice these changes in relation to an increase of extreme weather events — and the resulting rising water levels and flooding — other impacts are more difficult to observe. Some changes are very slow. The timing of the annual highest and lowest water levels in Lakes Erie and Ontario have changed over the past 130 years, now reaching their highest and lowest levels almost a full month sooner than they once did. Other subtle changes include an increase of 0.9oC (1.6oF) in air temperature in the Great Lakes region between the 1901 and 2016. This led to greater water evaporation and greater precipitation, with a 10 per cent increase in rainfall between 1901 and 2015. It is predicted that levels can continue going up in the spring with wetter winters and springs, but levels may be 5 to 15 per cent lower in the fall than the current levels, due to predicted decrease in rainfall in summertime.

The management of water level in the Great Lakes is complicated and complex. The complexity of these fluctuations in water levels also demonstrates that we all must adapt to new “normals,” which are different from one year to the next. Being prepared and proactive is everyone’s responsibility, even if only to ensure that we can safely enjoy walks and time along our beautiful shorelines.

The researchers involved with the MEOPAR project are working to raise awareness about the impacts of climate change and how communities can effectively adapt, and increase resilience, to these changes. Follow along with our blog every week (written by researchers Liette Vasseur, Meredith DeCock-Caspell, Bradley May, Pulkit Garg, Sam Gauthier & Jocelyn Baker) to learn more about the project and how you can get involved. You can also visit our website at brocku.ca/unesco-chair or email us at meopar-lincoln@brocku.ca

Photo caption: The Jordan Harbour Rowing Club located south of the QEW flooded in May 2019 due to the high water levels in Lake Ontario. 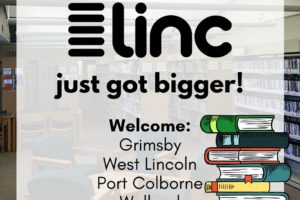 Libraries in the Niagara Cooperative (LiNC) Collection has Grown! 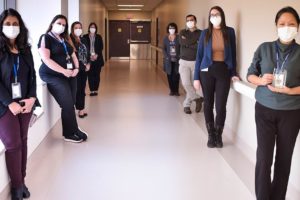 This year’s recipients of the Interprofessional Practice Awards demonstrate leadership[...] 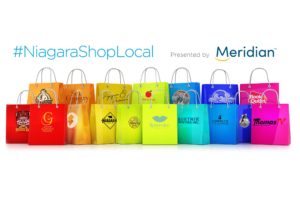 Every FRIDAY at Noon a Weekly Giveaway is announced in[...]