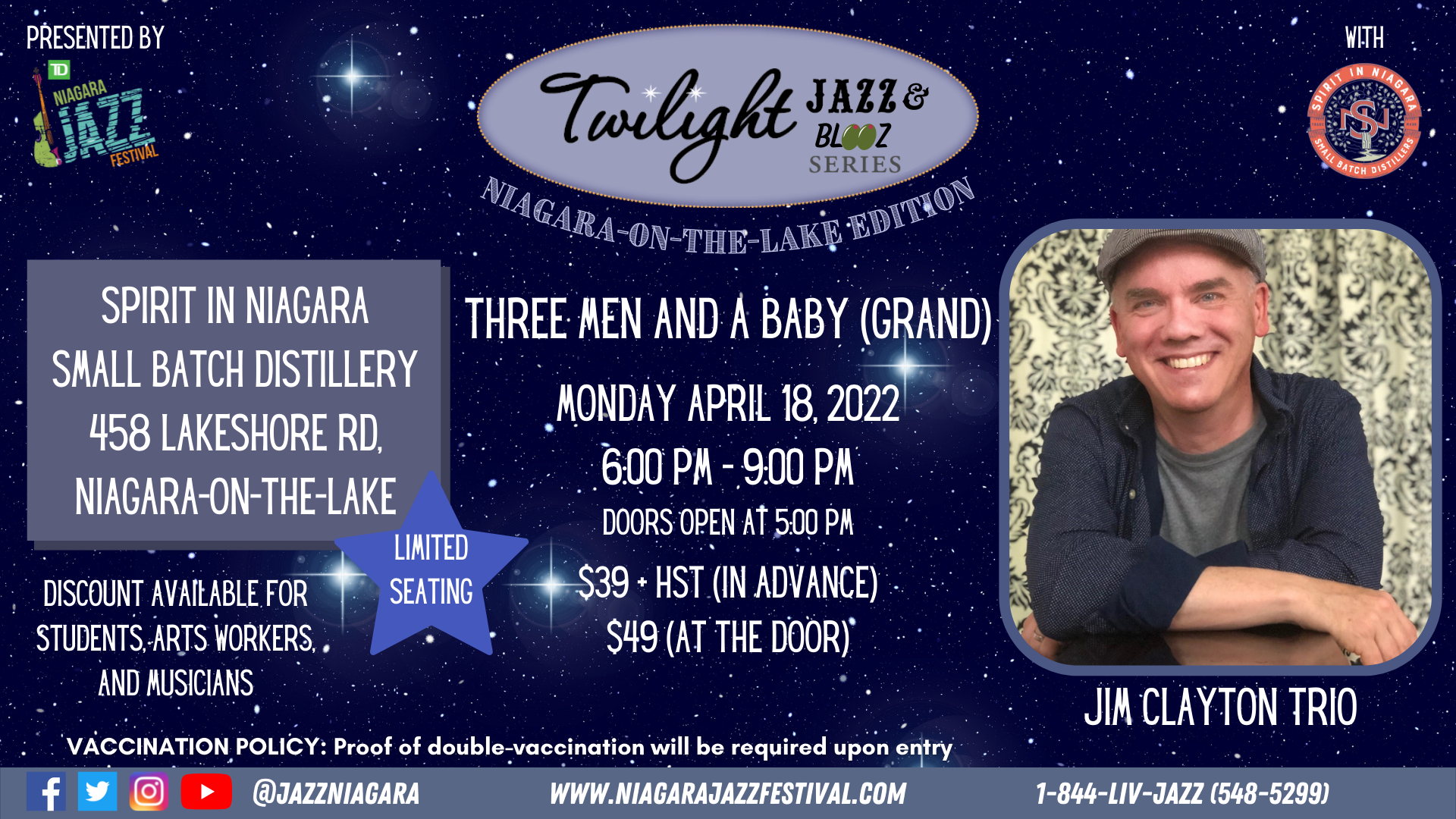 DownBeat Magazine called Jim Clayton’s music “warm and happy… tender and soulful.” He calls it a blend of bebop and New Orleans, the city he considers a second home. His repertoire is a mix of jazz standards, reimagined pop classics, and his own memorable writing. Jim will be joined by bassist Steve Lucas and drummer Jeff Halischuk.

All musicians, staff, volunteers and patrons at TD Niagara Jazz Festival events must be double-vaccinated.  Proof of vaccination will be required upon arrival. 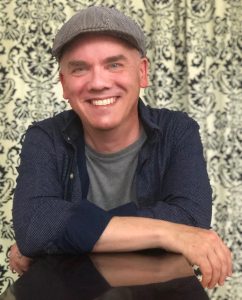 DownBeat Magazine called Jim Clayton’s music “warm and happy… tender and soulful.” He calls it a blend of bebop and New Orleans, the city he considers a second home. His repertoire is a mix of jazz standards, reimagined pop classics, and his own memorable writing.

Jim’s last two albums, Lenny Jumps In (2016) and Songs My Daughter Knows (2014) landed on the jazz radio charts in both Canada and the USA. He won three national awards with recording act The Clayton/Scott Group, and his music has been heard internationally on radio, in film, and on television (including Dateline NBC, Keeping Up With The Kardashians, and MTV).

Jim spent a decade as a music director with acclaimed theatre company The Second City, entertaining audiences around the globe, from ex-pats in Asia to our troops in Bosnia. He began streaming nightly performances at the start of the pandemic; after over 500 online shows, Jim’s garnered 30, 000 new online followers. 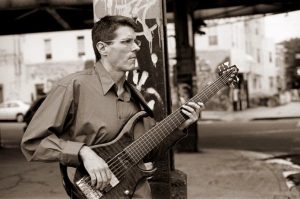 Steve Lucas is a Canadian session bassist and composer/producer with a wide-ranging list of recording and touring credits. He has recorded or performed with award-winning artists such as Bruce Cockburn (including the 2000 Juno Award winning “Breakfast in New Orleans, Dinner in Timbuktu” CD), Ron Korb (including a 2016 Grammy Award nomination for “Asia Beauty” Album), Loreena McKennit, Levon Helm and Garth Hudson from the group “The Band”, Big Sugar, Alan Frew, Moe Koffman, Seals & Crofts, Buffy Ste Marie, Rik Emmett, as well as the sound track for the 2009 Academy Award nominated film “Precious”.

Steve’s original electronic music has been featured in television productions such as The Daily Show With Trevor Noah, The Daily Show with Jon Stewart, Alicia Keys’ “The Diary of Alicia Keys” DVD, NBC Dateline, Love it or List It, Real Housewives of Atlanta, “Parts Unknown: Anthony Bourdain” on CNN, Australia’s Top Model, eTalk Profile featuring Gwen Stefani, Auto Racing TSN, Canada AM, MTV Screen, Better Homes and Gardens. Steve also wrote the theme songs for The Score Network’s “This is the Score” sports show and Pride TV’s “Shout” news program, as well as performing and composing music for Leonard Cohen’s documentary film “This Beggar’s Description”. He has appeared on television shows such as The David Letterman Show and the Juno Awards and has been featured in publications such as the New York Times, Bass Frontiers, Toronto’s NOW magazine, and has written published articles for Canadian Musician magazine on music theory and technique applied to the bass guitar.

Steve also performs in musical theatre productions, including the recent 2019 North American premiere of “Bend it like Beckham”, a musical based on the hit film, as well as other shows such as The Lion King, Miss Saigon, and Mamma Mia.

Jeff Halischuk is a drummer currently based out of Toronto. He attended Humber College and after graduating began performing throughout Canada, the United States and Europe. He has performed or recorded with Johnny Reid, Gord Sinclair, Robi Botos, Lily Frost, and Andy Scott, as well as many other musicians throughout the Toronto area. He is currently a member of Sean Jones and the Righteous Echo, The Egbo Trio, and JV’s boogaloo squad.