Fort George Speakers Series: The British Army Gets the Blues 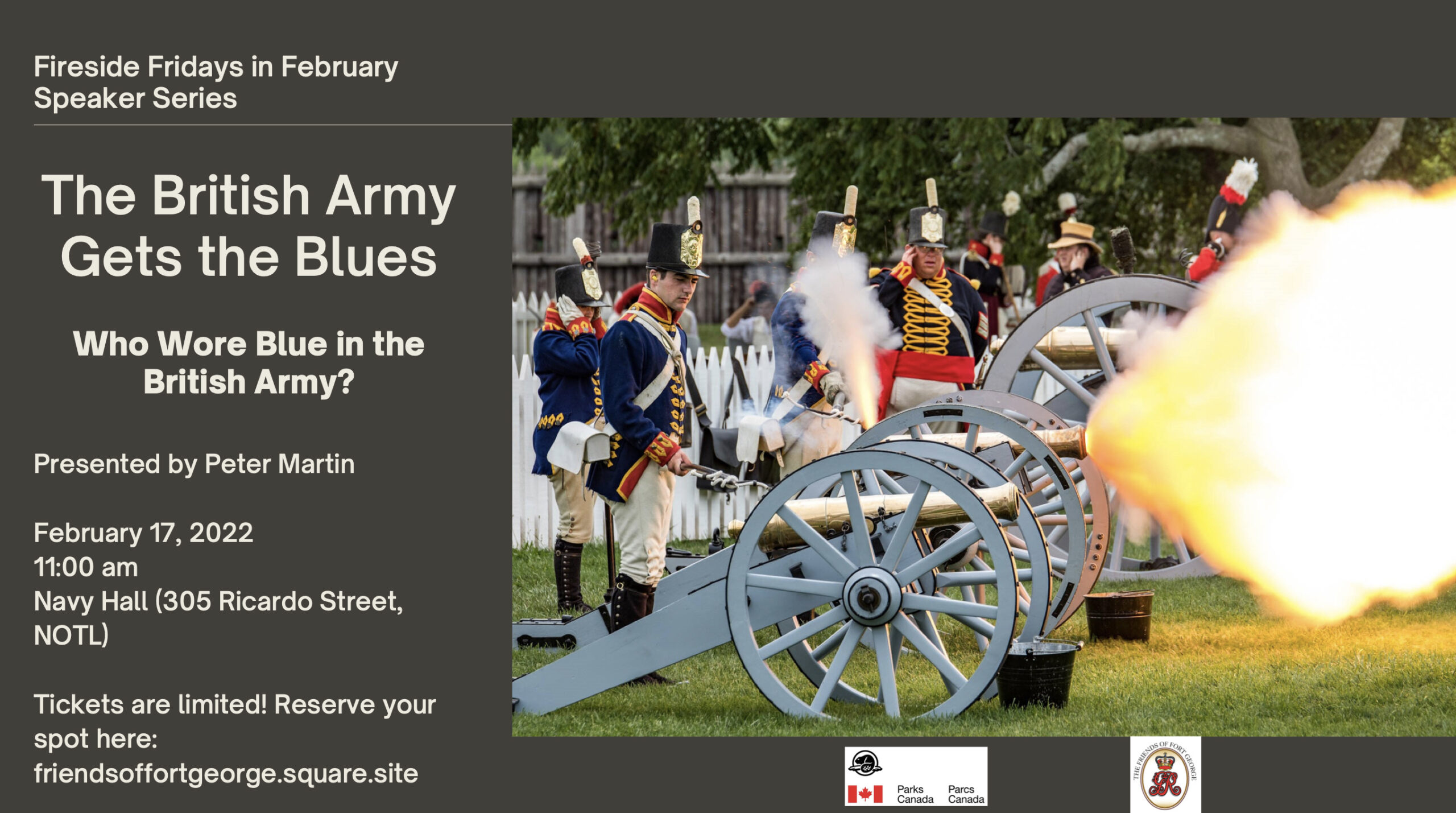 “We are very excited to be working alongside Parks Canada to highlight different aspects of the history of Fort George and the Battle of Fort George in particular” notes Amanda Gamble, Executive Director of the Friends of Fort George. The Friends will be at Navy Hall for each lecture with a special gift shop table set up, with a sample of items from the Fort George Gift Shop for sale, including the newest publication Fort George: A History.

Peter Martin has worked at War of 1812 Forts for 30 years and has been responsible for developing programing, creating new museum displays and organizing major historic re-enactments and special events. For this presentation, everyone naturally assumes that if you were in the British Army during the War of 1812 you wore RED and if you were in the American Army you wore BLUE. This of course is not true!! There were several people in the British Army who wore blue!!! But who were these people? Peter Martin will discuss who these brave men were and their role in the defence of Canada during the War of 1812. His presentation will include visuals of uniforms from the time period along with original artifacts pertaining to these most “Royal” regiments.

Tickets are $15.75 (taxes included) per event or $47.25 (taxes included) for the series of all four.
Tickets go on sale Friday Jan. 6, 2023 and can be purchased at the Friends of Fort George Online store at: https://friendsoffortgeorge.square.site/ Seating is limited so get yours today!