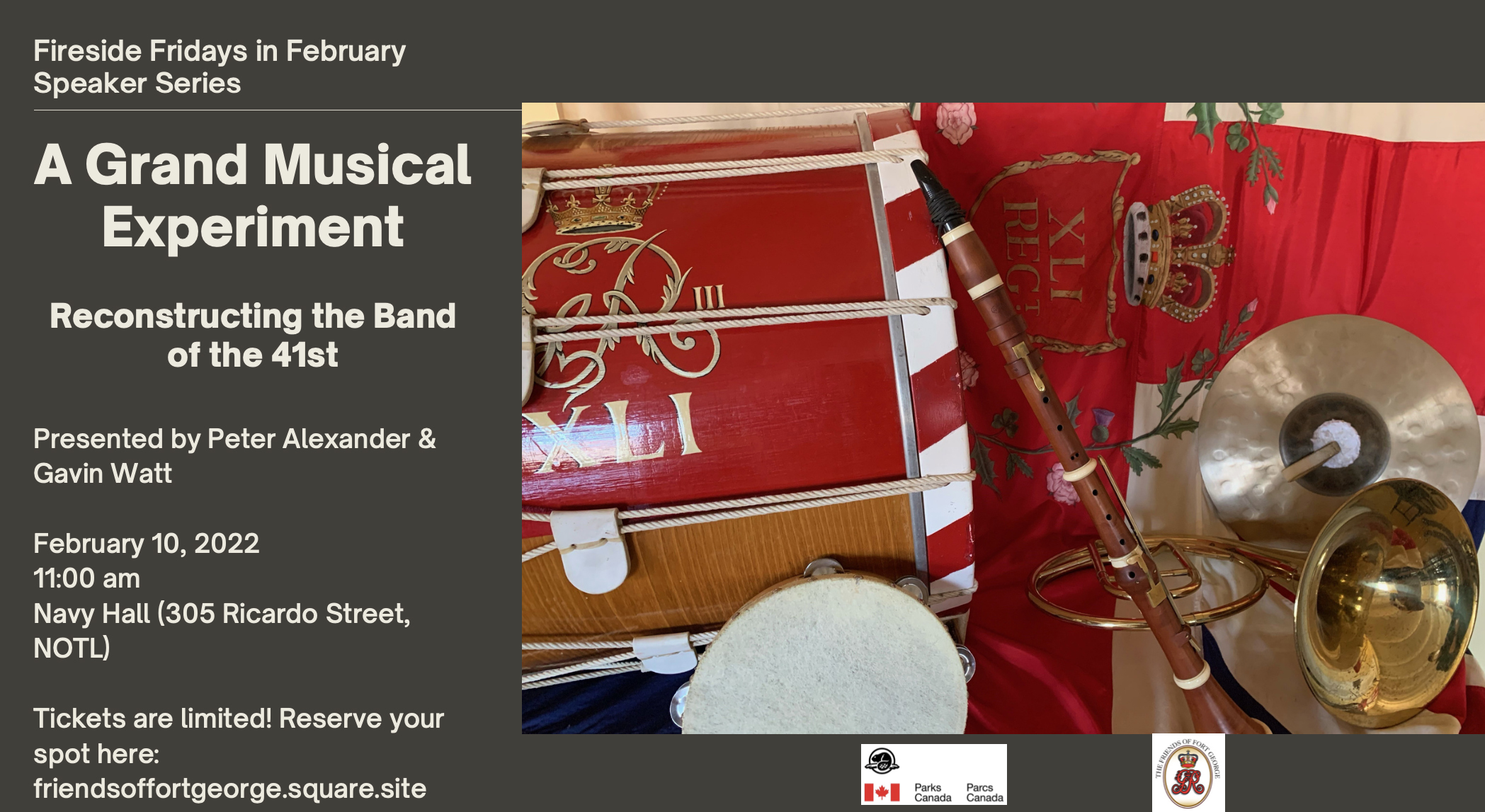 “We are very excited to be working alongside Parks Canada to highlight different aspects of the history of Fort George and the Battle of Fort George in particular” notes Amanda Gamble, Executive Director of the Friends of Fort George. The Friends will be at Navy Hall for each lecture with a special gift shop table set up, with a sample of items from the Fort George Gift Shop for sale, including the newest publication Fort George: A History.

Both Peter Alexander and Gavin Watt have been a part of the Fort George Family for the over 30+ years. They started the Historic Music Program at Fort George in 1987 with the 41st Fife and Drum Corps. Just prior to the Bicentennial of the War of 1812, they began the journey of recreating “The Band of the 41st Regiment of foot”. Even though military bands were universal, very little detail about them was known, but on October 16th of 1812, the Band of the 41st Regiment played at the very public funeral of Isaac Brock, which is where our story begins. Come and follow their discovery of the 41st Regiment’s band, the events they were involved in, the instruments they played and hear examples of popular tunes that were performed for entertainment, ceremonies, dances and funerals.

Tickets are $15.75 (taxes included) per event or $47.25 (taxes included) for the series of all four.
Tickets go on sale Friday Jan. 6, 2023 and can be purchased at the Friends of Fort George Online store at: https://friendsoffortgeorge.square.site/ Seating is limited so get yours today!