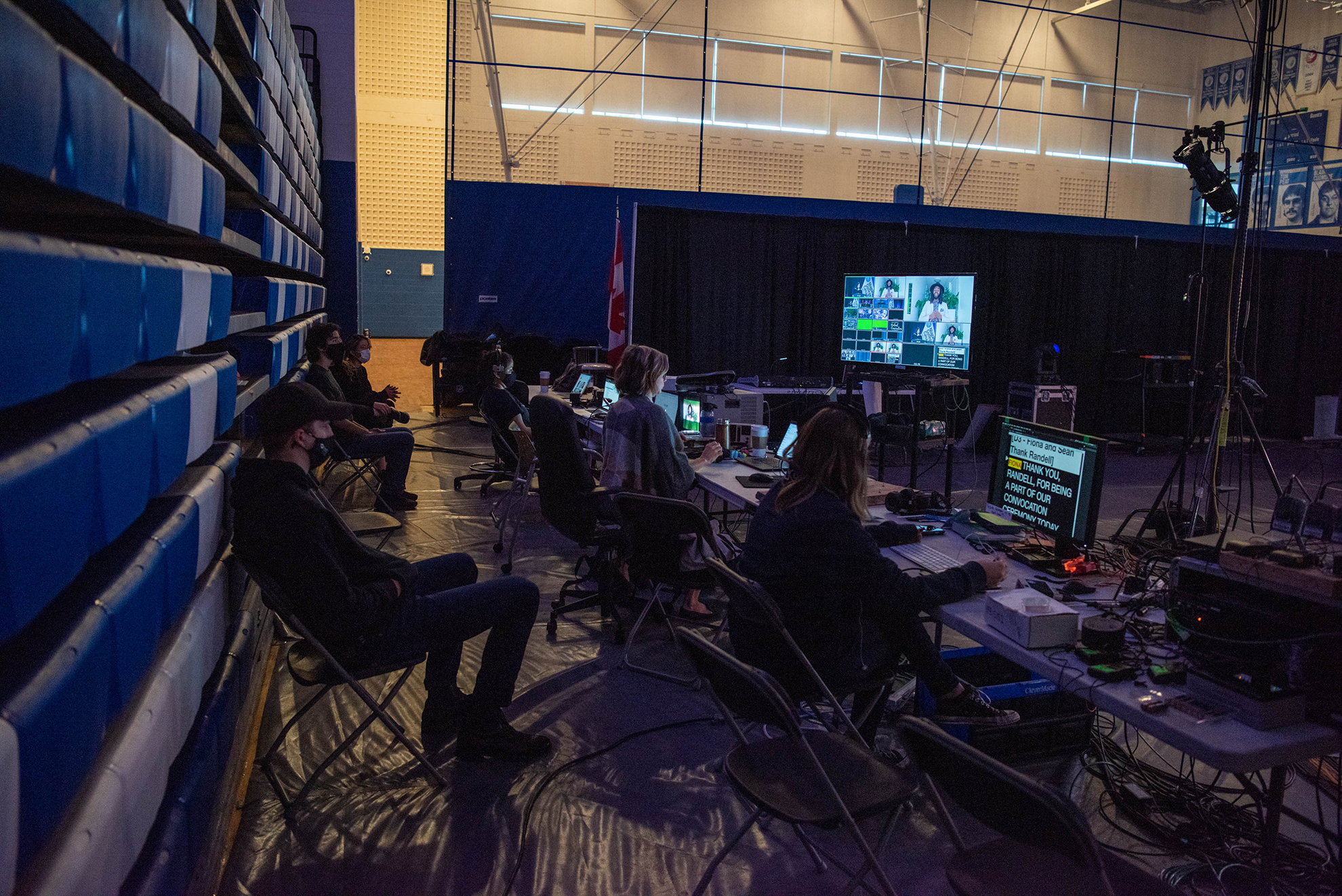 Like Niagara College’s Fall Class of 2021, who had to overcome unprecedented challenges to graduate during a global pandemic, Randell Adjei has faced adversity.

But when Ontario’s first poet laureate shared his words of wisdom as part of the College’s Fall 2021 Virtual Convocation ceremonies, he inspired graduates to view it in a positive light.

“See adversity as a seed of opportunity,” he said.

Adjei, who was appointed poet laureate in April – a provincial position established in memory of Canadian singer-songwriter Gord Downie from The Tragically Hip – addressed more than 1,000 new NC graduates, along with their families and friends from around the world who gathered virtually to celebrate in two unique ceremonies livestreamed from the Welland Campus on October 29.

The special guest speaker, who was recognized with an Honorary Diploma in Community Studies during the ceremonies, told graduates that those facing adversity are like seeds buried and rooted into the darkness, which eventually find their light, and bloom.

Adjei explained how adversity has played a key role in his own life, leading him not only to write as a form of self-expression, but to form RISE Edutainment (Reaching Intelligent Souls Everywhere) to help GTA youth express themselves creatively through performance arts.

“If it wasn’t for the adversities that I went through, I would not be who I am today,” he said. “Adversity is what allowed me to look deeper within myself to question what I had to offer into this world.”

Adjei encouraged graduates to think about the legacy they hope to leave behind and what they can do to make the world better.

“Your legacy starts today,” he said. 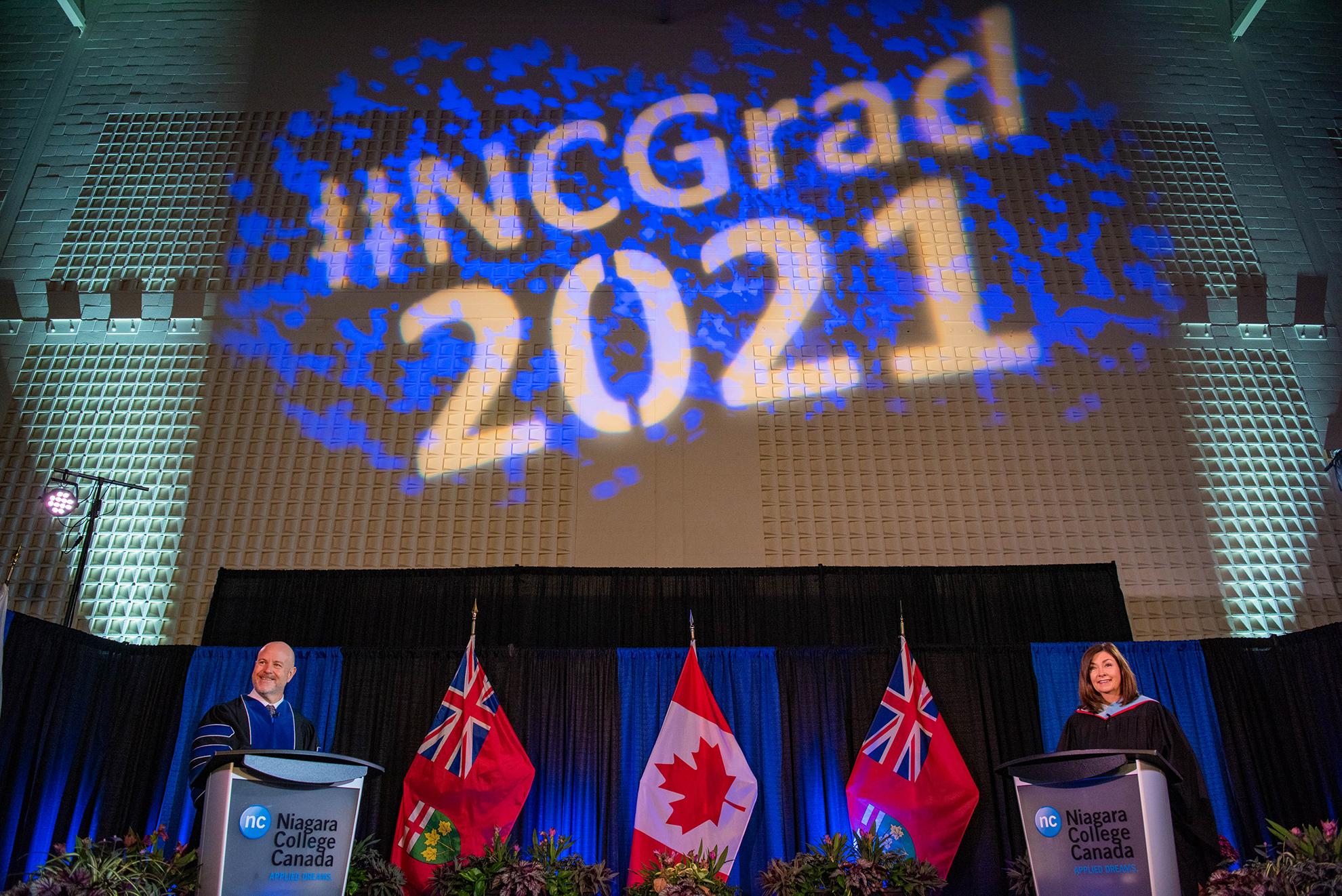 Graduates were also treated to his gift of the spoken word, when he recited his poem, “The Dash,” which references the mark between dates on a tombstone and, figuratively, the course of a lifetime.

President Sean Kennedy, who addressed the graduates live from the Welland Campus during the ceremonies, also shared advice with the Class of 2021. He spoke about the power of education and encouraged them to embrace lifelong learning as a key to realizing their dreams.

“As we learn, our worlds get bigger. Open your minds – and your hearts – to new ideas, new cultures, new ways of being and knowing,” said Kennedy. “And when you are moved, impacted and affected by what you learn, embrace that opportunity to grow and change. This is lifelong learning at its core.”

While the morning ceremony celebrated 511 new graduates from the Canadian Food and Wine Institute; and schools of Business and Management; Environment and Horticulture; Hospitality and Tourism; and Trades; the afternoon ceremony honoured 513 new graduates from the schools of Allied Health; Community Services; Justice and Fitness; Nursing and Personal Support Worker; and Academic, Liberal and Access Studies.

More than 270 new NC graduates were from the School of Nursing and Personal Support Worker alone – at a time of escalating need for health-care workers in Ontario.

Among them is St. Catharines resident Allison Cronkwright, who graduated from Practical Nursing, 11 years after graduating from the Personal Support Worker program. After developing a rare immune disorder and unable to continue her work as a PSW, she became determined to pursue her dream career. She went from wheelchair, to walker, to Registered Practical Nurse (RPN) during the past six years. On her convocation day, she considered herself the “luckiest woman on Earth” living out her dream as she begins her new full-time job as an RPN on a surgical unit at Niagara Health, where she completed her consolidation placement. 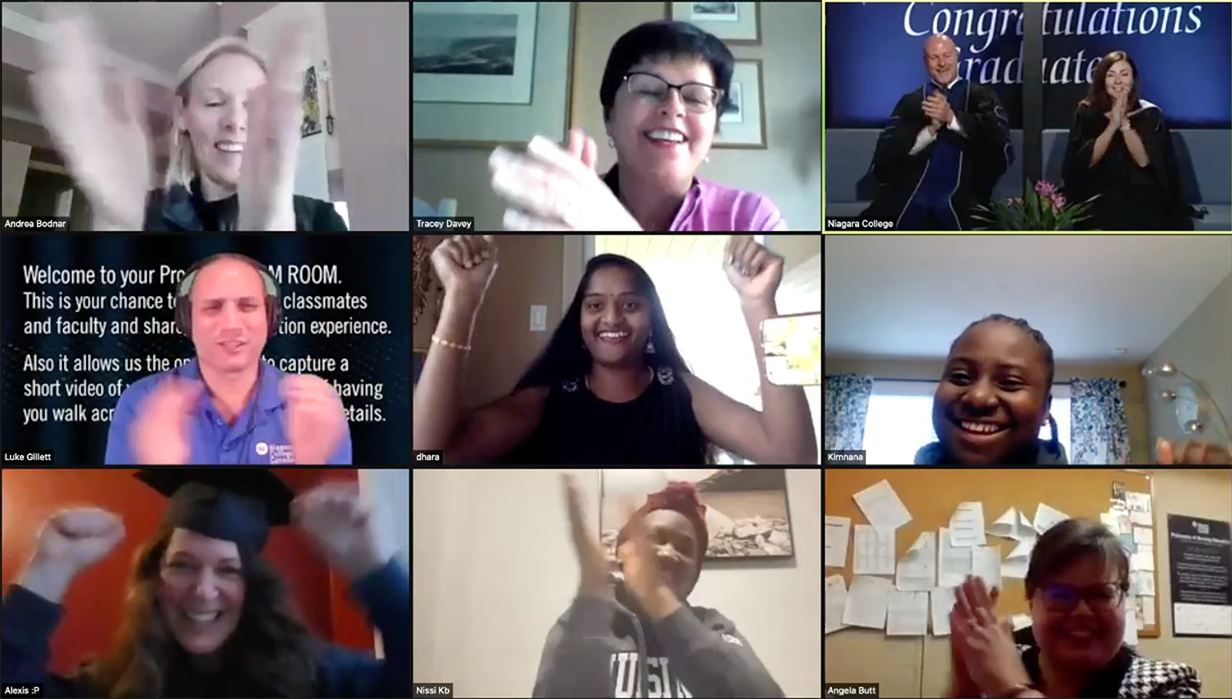 “Nursing was something I was born to do. From my very first memories as a child, I wanted to give back. I wanted to work in service of others,” she said. “COVID has put so much negative into the world. My nursing career is not one of them. I will adapt to whatever comes in front of me. I would move mountains to get where I am today.”

The Fall graduates join 3,872 from NC’s Class of 2021 who graduated during its Spring Virtual Convocation ceremonies between June 21-25 when the College celebrated the milestone of surpassing 100,000individual graduates.

The formal ceremonies took place at the Welland Campus, and were livestreamed to a virtual audience, powered by a team of staff, faculty and students working behind the scenes from NC’s Broadcasting: Radio, Television and Film program. Between the two ceremonies, the livestreams garnered 3,259 live views from 34 countries.

Through program Zoom parties held alongside the ceremonies, graduates could be seen smiling and waving on screen with their classmates, as select clips were featured during the livestreams.

Those who missed their live ceremony broadcast, may view it at their convenience via the College’s website. For information about convocation or to access the ceremonies, visitniagaracollege.ca/virtualconvocation/.

Broadcasting livestream: Students and staff from the College’s Broadcasting program work behind the scenes to bring a live ceremony broadcast to a virtual audience.