Niagara 2022 Canada Summer Games Will Broadcast More Than 1,000 Hours Of Live Games Coverage From August 6-21 On A New Streaming Platform

Niagara 2022 Canada Summer Games Will Broadcast More Than 1,000 Hours Of Live Games Coverage From August 6-21 On A New Streaming Platform 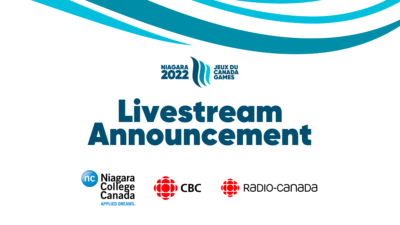 Thanks to the Games’ Digital Production Partner, Niagara College, Canadians nationwide will be able to watch over 90% of the Games’ sporting competitions live at niagara2022games.ca/watch for free, along with another 100-plus hours that will stream on CBCSports.ca, CBC Gem & Radio-Canada Sports

The Niagara 2022 Host Society and Canada Games Council are proud to reveal the new streaming platform that will broadcast over 1,000 hours of live coverage of the Niagara 2022 Canada Summer Games from August 6-21 at niagara2022games.ca/watch. On this landing page, Canadians from coast-to-coast-to-coast will have free access to a digital platform that will live stream more than 90% of the Games’ sporting competitions, which will feature 18 different sports. Select competitions and events will have commentary in English and French. Viewers of the platform will also be able to enjoy plenty of on-demand content including archived events, features, highlights and a daily highlight show. The full 2022 Canada Games competition schedule can be found online here.

In addition to this comprehensive coverage, more than 100 hours of live competition and events, including the Opening and Closing Ceremonies, will stream live on CBC Sports and Radio-Canada Sports. Specifically, Canadians will be able to watch on CBC Gem, cbcsports.ca and the CBC Sports app for iOS and Android devices throughout the two weeks of the Games (see attachment for CBC Sports coverage schedule). At the same time, they can also tune in at Radio-Canada.ca/Sports and the Radio-Canada Info app for iOS and Android devices.

The coverage found on the Games’ new streaming platform, CBC Sports and Radio-Canada Sports is only made possible thanks to the Games’ Digital Production Partner, Niagara College, who is responsible for management and oversight of the full digital production.

Taking place at venues across Niagara, the 28th edition of the Canada Games will see close to 5,000 athletes, representing Canada’s future generation of Olympians and Paralympians, travel to Niagara to compete for the right to be a national champion. Niagara 2022 will include an inaugural rugby sevens competition, the return of men’s lacrosse after a 37-year absence from the Games, and the first-ever women’s lacrosse competition in the history of the Canada Games.

“We are excited to provide this opportunity to watch Canada’s largest multi-sport event in ways never seen before,” said Doug Hamilton, Board Chair of the Niagara 2022 Host Society. “With the expansive coverage that we will offer, thanks to the support of Niagara College, CBC Sports and Radio-Canada Sports, audiences will be able to enjoy all of the 2022 Canada Games’ best moments, including its Opening and Closing Ceremonies, and will have the opportunity to cheer on our country’s next generation of national and international champions.”

“This digital streaming platform will empower everyone across Canada to experience the magic of the Canada Games and watch as the next generation of athletes and leaders spark greatness at the Niagara 2022 Canada Summer Games,” said Evan Johnston, Chair of the Canada Games Council. “ We thank the 2022 Host Society, Niagara College, CBC Sports and Radio-Canada Sports for their collaboration and commitment to showcasing the Canada Games through this extensive, multi-platform national coverage, and we look forward to following the journey of all of the athletes in Niagara.”

“I’m very proud to be involved with these Games from both the college side and as a member of the Host Society team,” stated Peter ‘Dutch’ VandenBerg, the Chair of the Broadcast Operations & Production Services for the Niagara 2022 Canada Summer Games. VandenBerg is also the program coordinator of Niagara College’s Broadcasting – Radio, Television, and Film Production program. “It’s opportunities like this that make a huge impact on our students’ experiential learning. This is as real world as it gets and working alongside grads and industry professionals is what makes these kinds of events truly special for all of us.”

Over the better part of the last decade, VandenBerg and his Niagara College students (whether currently enrolled or graduates of Niagara College’s Broadcasting – Radio, Television, and Film Production program) have delivered many phenomenal production programs, including for major sporting events in the Niagara Region such as the 2016 IIHF U18 Women’s World Championship, the 2018 FIBA U18 Americas Championship, and the 2019 Canadian Wrestling Trials.

Held every two years, alternating between winter and summer, the Canada Games are the country’s marquee event for amateur sport representing the highest level of national competition for thousands of up-and-coming Canadian athletes. The 28th edition of the Canada Games will mark just the third occasion in the event’s history that it will have taken place in the province of Ontario and the first time in 21 years. In total, more than 5,000 participants and close to 4,500 volunteers are expected to take part in the Niagara 2022 Canada Summer Games scheduled for August 6-21.

This uniquely Canadian event, which counts Andre De Grasse, Sidney Crosby, Katarina Roxon and Hayley Wickenheiser as alumni, is also one of the only multi-sport competitions in the world that features events for able-bodied athletes, as well as athletes with physical and intellectual disabilities.

Tickets for this summer’s Games are currently available for purchase online.

About the Niagara 2022 Canada Summer Games

At the peak of Niagara’s boldest summer yet, more than 5,000 up-and-coming athletes, their coaches and support staff will gather to compete in the Niagara Region for the podium in Canada’s largest multi-sport event. From August 6 to 21, 2022, Niagara will surge stronger than ever on the national stage. The 2022 Canada Games, made possible thanks to funding and support from the Government of Canada, the Government of Ontario, the Niagara Region, andthe Canada Games Council, will give rise to new legacies of ambition, confidence, and compassion that will inspire generations to come.

About the Canada Games Council

The Canada Games Council, a private, non-profit organization, is the governing body for the Canada Games. Held once every two years, alternating between winter and summer, the Canada Games represent the highest level of national competition for up and coming Canadian athletes. The Games have been hosted in every province at least once since their inception in Quebec City during Canada’s Centennial in 1967. The Games are proud of their contribution to Canada’s sport development system, in addition to their lasting legacy of sport facilities, community pride and national unity. The organization of the Canada Games is made possible through the tireless dedication of local Host Societies and the contribution and support of the federal, provincial/territorial and host municipal governments.

The office is located in Ottawa, Ontario, on the traditional territory of the Algonquin Anishinabek People. For further information, visit us at canadagames.ca. 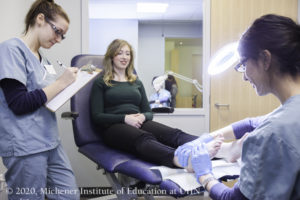 Train-the-Trainer model gives leg up to providers of diabetes-related foot-care[...] 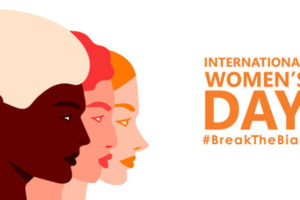 Join the conversation: “Break the Bias” on International Women’s Day

Join the conversation, “Break the Bias” on International Women’s Day,[...] 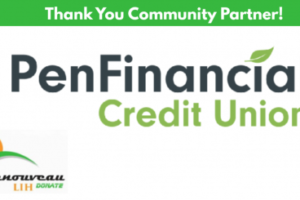 With deep appreciation we welcome PenFinancial Credit Union as our[...]