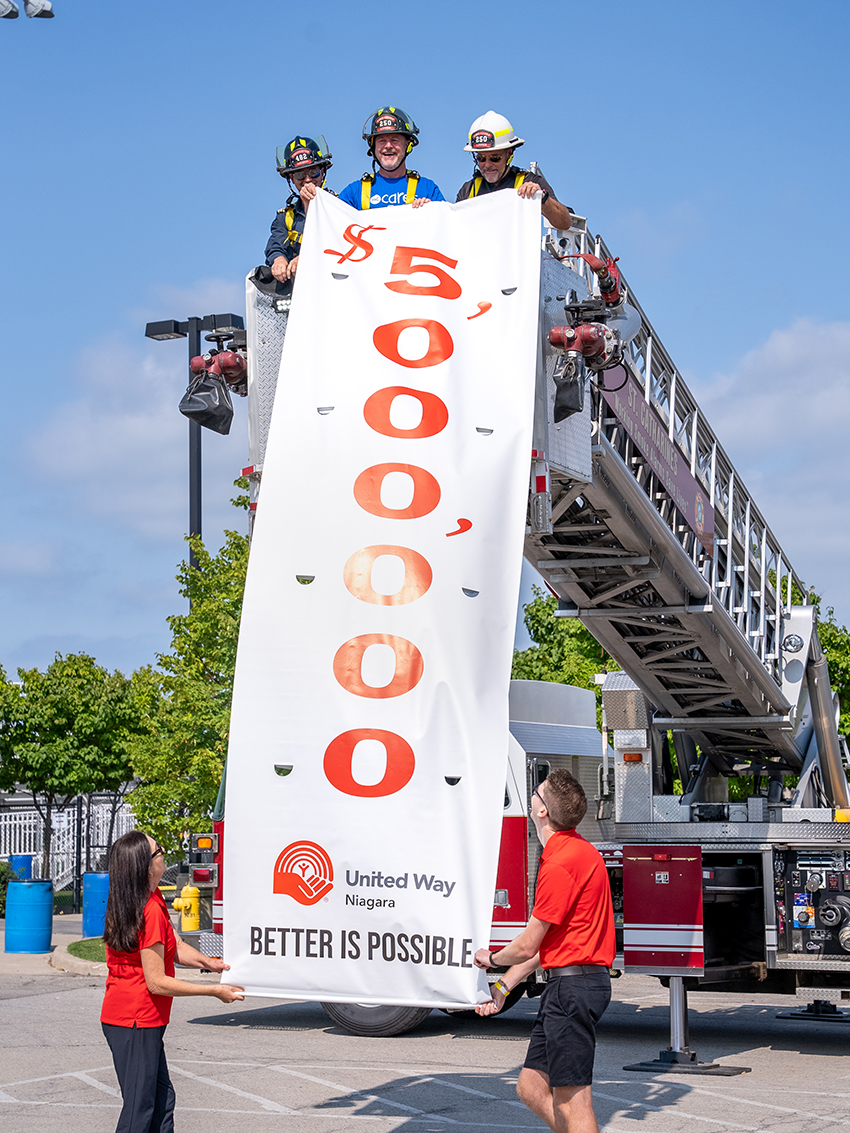 Local United Way Niagara supporters joined at the Seymour-Hannah Sports and Entertainment Centre yesterday for the inaugural fire truck pull event. The event marked the official launch of United Way’s 2022 fundraising campaign and aimed to draw attention to the importance of United Way’s mission and support of the community while raising funds to jump start the fall campaign. 15 teams from workplaces and organizations across Niagara competed for Fastest Pull Time, Best Team Spirit and Highest Fundraising Team. Participants worked together as a team to pull a St. Catharines firetruck 50 feet, as fast as possible. The fundraising goal of five million dollars for the 2022 campaign was also announced.

“We are so thrilled that we could kick-off our campaign in-person once again and gather some of our most enthusiastic supporters to show their local love,” says Frances Hallworth, CEO United Way Niagara. “Much like a firetruck pull – it takes a team effort to succeed in our mission towards equity in our community. Together, with the help of our supporters, we hope to reach our fundraising goal of five million dollars in 2022.”

“I am incredibly proud to be leading the 2022 Campaign for United Way Niagara. It is an honour to step into such an important role at such an important time in our history. The need for United Way-supported programs has never been greater. That’s why I continue to support United Way by donating and volunteering. I encourage those who are able to join me in giving as generously as you can. We’re all in this together.”

Our thanks to our partners City of St. Catharines and St. Catharines Fire Services, our in-kind sponsors Four Aces Traffic Control Services Inc., GiantFM and Niagara College Canada, and to all the participants, volunteers and donors. Together, we raised over $17,500!

Congratulations to the following winners:

The City of St. Catharines, also known as Haul & Oakes, for their Best Team Spirit.