The Canada Games Council is thrilled to reveal the six remarkable alumni who will be inducted into the Canada Games Hall of Honour at the Niagara 2022 Canada Summer Games in August. The Class of 2022 features legendary Canadian athletes
Brian McKeever and Steve Nash, trailblazing builders Tom Quinn and the late Don Goodwin, and distinguished alumni Stacey Allaster and Michael Strange.

“We are thrilled to bestow the highest honour within the Canada Games Movement upon this most-deserving class of inductees,” said Blair McIntosh, Chair of the 2022 Hall of Honour selection committee and member of the Canada Games Council board of directors. “Brian, Steve, Stacey, Michael, Don and Tom have all sparked greatness in their respective fields on and off the field of play, and have made outstanding contributions to the legacy of the Canada Games.”

“We are excited to be working alongside the Canada Games Council to recognize the achievements of these distinguished Canada Games alumni,” said Doug Hamilton, Board Chair of the Niagara 2022 Host Society.” In addition to welcoming great sport contributors like Steve Nash, Brian McKeever, and Tom Quinn, our Host Society takes immense pride in celebrating the contributions made to the Canada Games Movement by Michael Strange, Stacey Allaster, and Don Goodwin — who all have strong ties to the Niagara Region.”

The Hall of Honour Celebration takes place on August 5, 2022 in Niagara Falls, on the eve of Niagara 2022 Canada Summer Games, which run from August 6-21. The Hall of Honour will be emceed by iconic Canadian broadcaster Ron MacLean and Olympic champion and Canada Games alum Catriona Le May Doan. The event will be streamed live.

McKeever is the first para-athlete to be inducted into the Canada Games Hall of Honour. The Canmore native represented Team Alberta in cross-country skiing at the 1999 Canada Winter Games. Canada’s most decorated winter Paralympian, McKeever competed at six Paralympic Games and amassed 16 gold, two silver and two bronze medals for Canada.

“The 1999 Canada Games were a big stepping stone for my international career,” said McKeever. “I’m really proud to be a part of the Hall of Honour, especially with all of the great athletes who have participated in the Canada Games. The Canada Games are inspiring to me and hopefully inspiring to the next generation of athletes.”

Nash is one of Canada’s greatest basketball players and one of the best point guards to ever play the game. He was the face of Canadian basketball for decades, helping Canada qualify for the 2000 Olympics in Sydney. The two-time NBA MVP and eight-time NBA all-star represented Team B.C. in men’s basketball at the 1993 Canada Summer Games in Kamloops.

“It’s an honour to be included in the Hall, and in this class of inductees,” said Nash. “Representing British Columbia at the Canada Games was an experience I won’t forget, and I’m incredibly grateful to the teammates and coaches and all of the people at Basketball BC and beyond that supported our efforts there. To watch the Games grow to the extent they have – and to get to see lacrosse return this summer – is so exciting, and hopefully they will continue to grow a legacy of inclusion that strengthens health outcomes for all of our communities.”

A champion of diversity and inclusion, Allaster is an iconic sport leader and tennis executive who was recently named a Companion of the Order of Canada. She is currently the chief executive of professional tennis with the United States Tennis Association, and the first female tournament director of the U.S. Open. A native of Welland, Ont., she participated in the 1989 Canada Summer Games in Saskatoon as a tennis manager with Team Ontario.

“I love our country and I love Canadian sport, so it is an incredible honour to be inducted into the Canada Games Hall of Honour,” said Allaster. “When I think about the great champions of sport and of Canada who are in the Hall of Honour, it is truly humbling. The 1989 Canada Games experience is one of the most memorable in my entire sports career. It is extra special to be receiving this award while the Canada Games are being staged in Niagara where my whole tennis career started.”

A native of Niagara Falls, Ont., Strange competed for Team Ontario in boxing at the 1987 Canada Winter Games in Cape Breton, Nova Scotia. He is a three-time Olympian, a double gold medallist at the Commonwealth Games and an 11-time Canadian amateur boxing champion. A community leader and motivational speaker, Strange has helped found charities like the BoxRun Charitable Foundation to raise funds in support of childhood cancer research.

“I am so humbled to be part of the Canada Games Hall of Honour and to be included with so many amazing athletes from past Canada Games,” said Strange. “I really believe the power of sport allows you to gain experiences that will not only help you on the field but, more importantly, after your athletic career in everyday life.”

Goodwin was an instrumental figure in the early days of the Canada Games. A longtime sports broadcaster with the CBC and a passionate advocate for Canadian amateur sport, he played an active role in getting the inaugural Canada Games off the ground in 1967. He later persuaded the CBC to broadcast the first Canada Summer Games in 1969 on both television and radio in both official languages, providing national exposure for young Canadian athletes. A tireless volunteer, Goodwin also served in chef de mission roles for Canada at the 1972 and 1974 Olympic Games. He passed away in 2018.

“Don was first and foremost a broadcaster, but he had a deep and abiding passion for sport and recreation, and he was an extremely proud Canadian,” said Rosemary Goodwin of her late husband. “For him, the Canada Games were a way forward for
nation-building, as well as for developing each province’s sport and recreation infrastructure. Making the 1969 Summer Games a success was imperative, and he put everything he had on the line to bring that about. His family is delighted to see Don’s
contributions recognized with this profound honour from the Canada Games Council. Thank you.”

An Officer of the Order of Canada, Quinn is an astute businessman, visionary leader and prominent volunteer in Canadian amateur sport. A top badminton player, he later made his mark in the boardroom and in service to non-profit sport organizations at the national level and in his home province of Quebec. He served as the Chair of the Canada Games Council from 2009 to 2019, positioning the Canada Games to further empower the next generation of athletes and leaders on and off the field of play.

“To join the Hall of Honour and the exceptional list of Hall members in itself humbles me,” said Quinn. “My involvement with amateur sport and the Canada Games has enriched my life and was more passion and enjoyment than work. It was a pleasure over the years to work with all of my board members, the Canada Games team in Ottawa and the Games boards and management teams from each of the communities that I was involved with across our great country. Thank you to the Hall of Honour selection committee and Canada Games board. This is truly a very special moment in my life.”

About the Canada Games Council

The Canada Games Council, a private, non-profit organization, is the governing body for the Canada Games. Held once every two years, alternating between winter and summer, the Canada Games represent the highest level of national competition for up and coming Canadian athletes. The Games have been hosted in every province at least once since their inception in Quebec City during Canada’s Centennial in 1967. The Games are proud of their contribution to Canada’s sport development system, in addition to their lasting legacy of sport facilities, community pride and national unity. The organization of the Canada Games is made possible through the tireless dedication of local Host Societies and the contribution and support of the federal, provincial/territorial and host municipal governments.

The office is located in Ottawa, Ontario, on the traditional territory of the Algonquin Anishinabek People.

About the Niagara 2022 Canada Summer Games

At the peak of Niagara’s boldest summer yet, more than 5,000 up-and-coming athletes, their coaches and support staff will gather in the Niagara Region to compete for the podium in Canada’s largest multi-sport event. From August 6 to 21, 2022, Niagara will surge stronger than ever on the national stage. The 2022 Canada Games, made possible thanks to funding and support from the Government of Canada, the Government of Ontario, the Niagara Region, and the Canada Games Council, will give rise to new legacies of ambition, confidence, and compassion that will inspire generations to come. 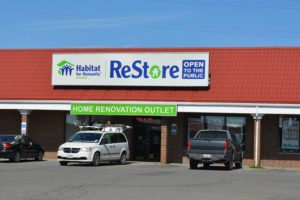 St. Catharines Restore Opens Back Up on June 16th – with a New Look

Habitat for Humanity Niagara’s St. Catharines ReStore will reopen on[...] 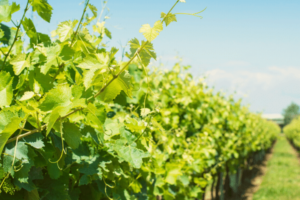 The Niagara Region’s bountiful agriculture is not the only thing[...] 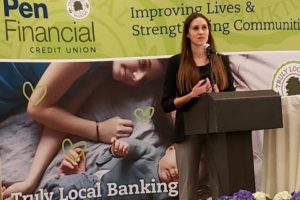 PenFinancial pledges to use business as a force for good by being[...]